Scenes with Rufus Del Sol and Mind Against at Robot Heart at the Burning Man. (Track names)

Mind Against and Rufus Del Sol played at the at Robot Heart at the "Burning Man", 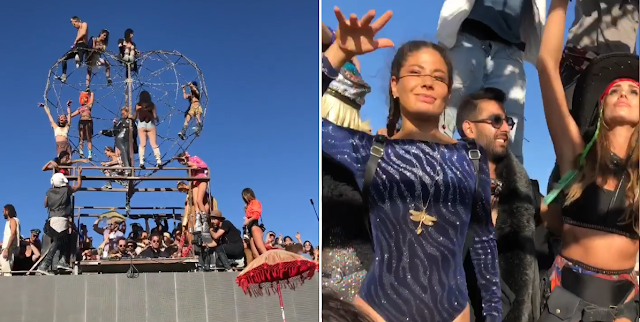 , in Nevada desert at summer 2019. You can watch some of the moments below, dropping these wonderful tracks.Mind Against are the Italian-born, Berlin-based duo of Alessandro and Federico Fognini.

Their gift for creating emotion through the synths and percussive instruments in their studio translates uniquely onto the dancefloor, where their slick, moving take on techno makes for a special kind of peak in the club.

They draw from the psychedelic hooks of 1980s soundtracks and from modern dance music’s emphasis on sound design to create a distinctive and immensely powerful sound.

Mind Against’s discography has grown with standout releases for Tale Of Us’ Afterlife label and Scuba’s Hotflush, including further collaborations with Locked Groove and Aether. In 2018, they will return to the Afterlife label with a new EP and continue enchant the crowds they play for.

Rüfüs Du Sol, stylized as RÜFÜS DU SOL and formerly known as simply RÜFÜS from 2010 to 2018,[ is an Australian alternative dance group from Sydney, that consists of Tyrone Lindqvist, Jon George and James Hunt; they had to change their name from RÜFÜS to Rüfüs Du Sol when coming to America because Rufus was already taken. Their debut album Atlas peaked at number 1 in Australia, while their second album Bloom debuted atop the Australian albums chart in early 2016.

Scenes with Solomun and Tale Of Us at Pacha Ibiza playing some wicked tunes. track list

Tale Of Us, Solomun and Sven Vath, playing some classics at after parties in Ibiza