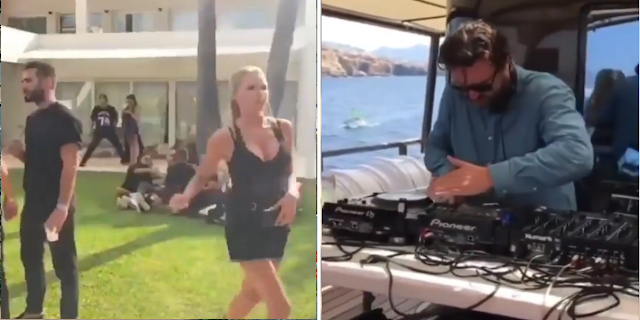 Marco Carola  is an Italian electronic musician and DJ.As a producer and label head, Carola has created labels like Design, Zenit, Question, One Thousands, Do.Mi.No. and Music On. Carola has been releasing music on a selection of labels such as Minus,

Plus 8 2M and Primate Recordings. In addition to five albums, including his latest ‘Play It Loud’ in 2011, Carola has also been responsible for a clutch of seminal mix compilations. In 2006, his mix Fabric 31.for the London club Fabric’s series was a lesson in sleek, future-facing minimalism. That was followed up by compilations for Time Warp in 2009.

Mladen Solomun ,better known under his stage name Solomun, is a Bosnian-German DJ.
He is a four-time DJ Awards winner for Best Producer, Best DJ and Best Melodic House DJ.

The Martinez Brothers are an American duo of disc jockeys, music producers, and remixers from The Bronx, New York. Known for their long-term residencies at clubs in Ibiza. In 2014 they were named as DJs of the year by Mixmag, who wrote that "no other DJ or DJ duo encapsulates house music in 2014 like the crown princes of DC10.

2nd track andre lodeman - where are you now