Dj and Producer William Sabatini, aka Sabo, is a staple in the global dance music community. 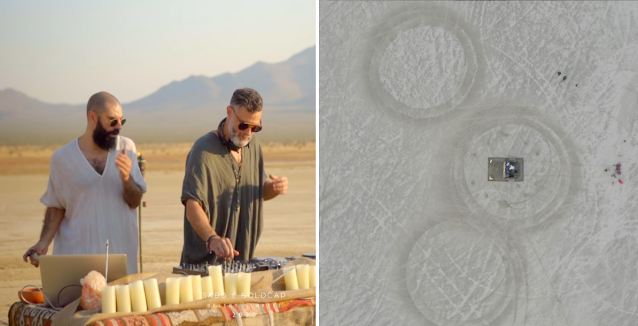 Heavily influenced by a multitude of cultures from around the world, Sabo’s sound holds much of his intrigue.

When listening you will undoubtedly find yourself resonating with his intention, imagining yourself dancing in an Amazon rainforest, on a moonlit Tropical beach, or on a desert plane for a Saharan sunrise. Behind the decks, his innovative approach to each DJ set makes him a consistent stand out at festivals like Burning Man, Coachella, Lightening in a Bottle, Shambhala, and Envision.

He is also the label boss of “Sol Selectas Records” which is successfully re-defining a new frequency in dance music. It was the Top 10 Best Selling Deep House label on Beatport in 2016 and 2017, several #1 releases in 2018 & 2019, and every release breaking into the Top 10 charts of their respective genres.

The label captures a wide array of sounds, drawing influence from our native roots, and combining these traditional styles with the modern sounds of electronic music. With a stellar roster of underground DJs and producers from all over the globe, Sol Selectas deep tribal sound is guiding its listeners into the future realm with positive intention.

Goldcap's (Berge Sahakian) roots in music are based in an eclectic pool of genres since his earliest ages. Listening to everything from classic rock, traditional indian, orchestra, and reggae, to classical, metal, west-african, and middle-eastern styles of music.

From youth, having picked up instruments like the electric/acoustic guitar, bass guitar, classical piano, and various different percussive instruments, it was only natural for him to incorporate an organic feel into his musical selections. Also being a fan of poetry, films, ambient sounds, traditional instruments, and the spoken word, you will often find him incorporating an eclectic array of samples into his sets.