Home » Feel Privileged » ibiza » Slider » Solomun » Sven Väth » Tale of Us » Tale Of Us, Solomun and Sven Vath, playing some classics at after parties in Ibiza

Tale Of Us, Solomun and Sven Vath, playing some classics at after parties in Ibiza

Watch wicked scenes of Tale Of Us, Solomun and Sven Vath at after parties in Ibiza playing some classics. 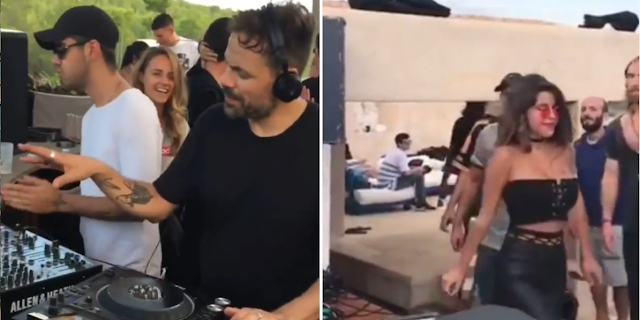 Carmine Conte was born in Toronto and Matteo Milleri in New York. They both moved to Italy at a young age. They both met in Milan in 2008 while studying sound engineering at the SAE Institute. They relocated to Berlin and began recording music together. Their debut EP Dark Song was released in 2011.

They followed this up with Another Earth in 2013 and North Star/Silent Space in 2015, and in 2017 they released their first full-length album, titled Endless.

Solomun kicked off the Ibiza 2013 season by presiding over the Burn Studios Residency bootcamp.In 2015, he was holding two residencies on Ibiza, at night-clubs Pacha and Destino.

Sven Väth is a German DJ/producer and three time DJ Awards winner whose career in electronic music spans well over 30 years. The single “Electrica Salsa” with OFF launched his career in 1986.

Lovingly referred to as “Papa Sven” by his fans, Sven Väth has made his mark in the music community by being one of Germany’s “pop stars” in the nineties, running two famous night clubs in Germany, and starting his own company Cocoon, which encompasses a booking agency, record label, and a branch for events. He is recognized for cultivating the underground electronic music scene not just in Germany but in Ibiza as well/