Here are some massive scenes with Maestro Solomun all around the world. You can watch and check out the track names below. 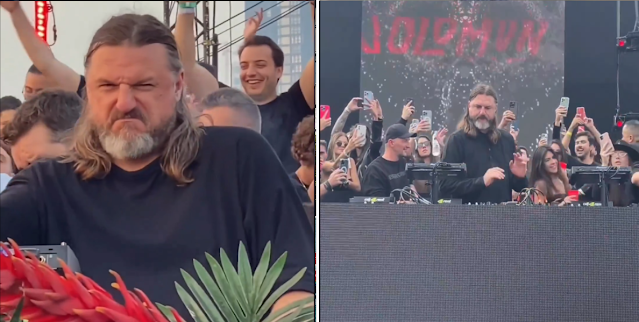 In 2005, Solomun began producing music, founding the record label Diynamic in late 2005 with his partner Adriano Trolio, who manages the booking for Diynamic. The motto for Diynamic is "Do It Yourself"." Eventually, Solomun met H.O.S.H. in 2006 and that is when Diynamic kicked into full force. Solomun's first EP on Diynamic, Solomun EP, came out in 2006. Since then, he has released many other EPs and compilations, as well as the 2009 album Dance Baby In December 2010 he launched a second label, the more experimental 2DIY4

In 2011, Solomun remixed Noir & Haze's "Around."Solomun kicked off the Ibiza 2013 season by presiding over the Burn Studios Residency bootcamp. In 2015, he was holding two residencies on Ibiza, at night-clubs Pacha and Destino

Solomun also hosted two residencies in Ibiza, Spain, in 2016—Solomun +1 at Pacha and Solomun +1 live at Ushuaia and Destino. He has played at events like Ultra Europe, Exit Festival,  Tomorrowland,

Watch Solomun, Hosh and Magdalena playing some favourite tunes at this epic after party in Ibiza (Track list)

After party hours with the Master Solomun. Track: Duke - “so in love with you”