Watch Solomun, Hosh and Magdalena playing some favourite tunes at this epic after party in Ibiza (Track list)

The usual suspect the king of after parties, Solomun with Hosh an his sister Magdalena played to an amazing after party party few years ago. 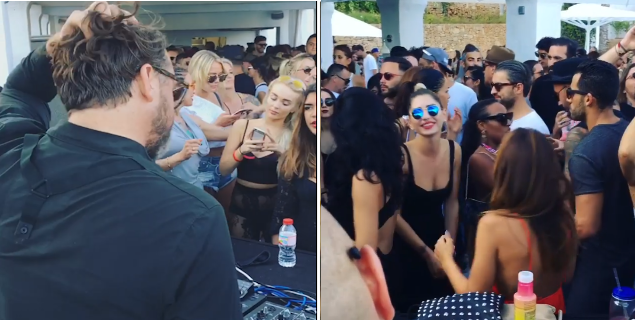 Here you can watch some epic moments that went viral immediately and listen to these musical selections from the three artists.

The party took place after the closing of Solomon's residency at the Pacha Club in Ibiza and was the last party held on the White Island for that year. The party took place in the morning hours in one of the hills of Ibiza, in a villa full of palm trees and a view of the greenery and the deep blue sea

One of the most famous moments was when the conductor Solomun played Niels Van Gogh classic trance track Pulverturm in a slower version which was uploaded to youtube under the name (Solomun & Tomcraft Remix). Another key moment was when we probably heard for the first time the track Prometheus from ARTBAT and a new release of Solomon's sister Magdalena, Mountains of Es Cubells.

Solomun kicked off the Ibiza 2013 season by presiding over the Burn Studios Residency bootcamp.In 2015, he was holding two residencies on Ibiza, at night-clubs Pacha and Destino.

Solomun also hosted two residencies in Ibiza, Spain, in 2016—Solomun +1 at Pacha and Solomun +1 live at Ushuaia and Destino. He has played at events like Ultra Europe, Exit Festival, Melt! Festival, Tomorrowland, and Movement Croatia in 2016 and 2017, also in Hungexpo in 2018.

In 2018, Solomun played himself as an in-residence DJ for the videogame Grand Theft Auto Online, as part of the After Hours DLC