Burning Man 2022 is over. We watched some great moments at social media with amazing house and techno music. You can watch below some moments, check out the track names and useful info below. 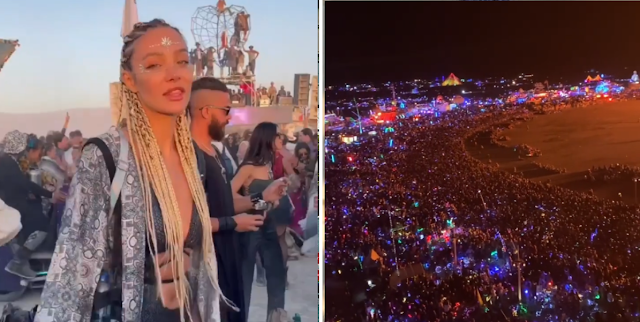 Under the subject of Waking Dreams, the current year's celebration is investigating the "groundbreaking force of dreams, both strict and allegorical, and commending the visionaries who divert this strong energy in educational, frequently strange, some of the time extraordinary ways".

The "transitory city" was run until September fifth, and is supposed to exhibit various establishments and structures that celebrate "local area, workmanship, self-expression, and confidence".

Seeing that Burning Man is a city "wherein nearly all that happens is made totally by its residents, who are dynamic members in the experience", the current year's version includes a few designs by neighborhood and worldwide craftsmen, recorded here, that deciphered "strolling dreams" and made their own version representing things to come, the heavenly, and meta-reality.

Burning Man is not a festival! It’s a city wherein almost everything that happens is created entirely by its citizens, who are active participants in the experience.

Guided by the values expressed by the 10 Principles, Burning Man is a global ecosystem of artists, makers, and community organizers who co-create art, events, and local initiatives around the world. Most recognizably, tens of thousands of Burners gather annually to build Black Rock City, a participative temporary metropolis in the Nevada desert.

That vibes at the desert /  Track: rufus du sol - Innerbloom

Another great moment with Jamie Jones the Kazbah  at Burning Man. This video went viral instantly and gained 8.3millions views at more than 94k likes.

Insane Drones Show at the Burning Man (This scene is from 2021) / Track: OXIA - Domino