Tale Of Us Played This Epic Tune at Afterlife Event in Tulum. The track is called “Consciousness”. 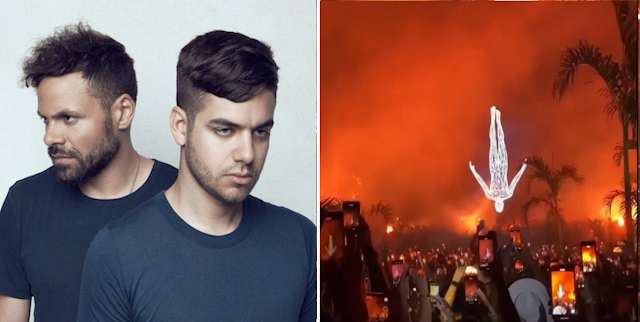 Videos of Tale Of Us playing this track went viral immediately. You can watch the videos and listen to full track below.

Leading electronic producers and composers Anyma (from Tale Of Us) and Chris Avantgarde join forces to create a new collaboration “Consciousness”.

Anyma’s first vocal single of 2022 follows his widely celebrated, Kate Bush inspired single “Running,” which has been a cross genre staple within electronic music since its release back in late 2021.

By combining Anyma’s dominant synthesisers and Chris Avantgarde’s scoring talents the track balances an eerie robotic vocal, detailing the definition of consciousness itself - atop frenetic drums and robust synths.

Anyma has been busy touring as one half of the esteemed techno duo Tale Of Us, where “Consciousness” has become the opening track that sets the vivid scene that Anyma and Tale Of Us are known for.

Anyma will continue to tour extensively this year with a residency at Ibiza’s famed super-club Hï, with countless global appearances this summer such as EDC Las Vegas, Tomorrowland, and many more.