Deborah De Luca performed for DJ Mag a massive techno music DJ set from the Island Of The Death, Mauritius. 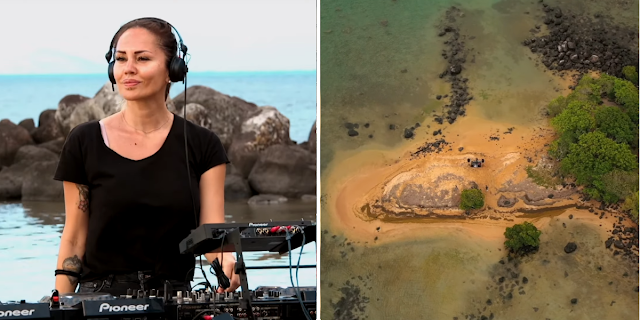 Τhe set lasts about an hour, and italian techno artists performed some techno music bangers consisting of their own productions on the SOLAMENTE label as well as other artists.

The combination of music together with the enchanting landscape of the island and the sea create an enjoyable atmosphere for the observer who watches the video.

Deborah De Luca starts the set with a song consisting of an Italian vocalist called La Rappresentante Di Lista - Questo Corpo and suddenly pops a techno track, Aran Burn - Black Beat (T78 Remix).The Italian artist then plays some of her own tracks such as "Dancing To The Goa","Follow Her", "Words Thorns".Also at 51:55 plays the remix of Layton Giordani in the classic Green Velvet - La La Land. The closing track is also wonderful but we do not know its identity yet.

Born under the shade of the sails of Scampia, difficult neighborhood at the periphery of Naples. Born in 1980, she embarked on a career in the music world working very hard  , starting as a waitress in many clubs and then as a dancer for several years.

Mauritius officially the Republic of Mauritius, is an island nation in the Indian Ocean about 2,000 kilometres (1,200 mi) off the southeast coast of the African continent, east of Madagascar. It includes the main island (also called Mauritius), as well as and Rodrigues, Agaléga and St. Brandon.