Α rare video shows the legend performing inside the train traveling from Frankfurt to the Love Parade in Berlin in 1992. 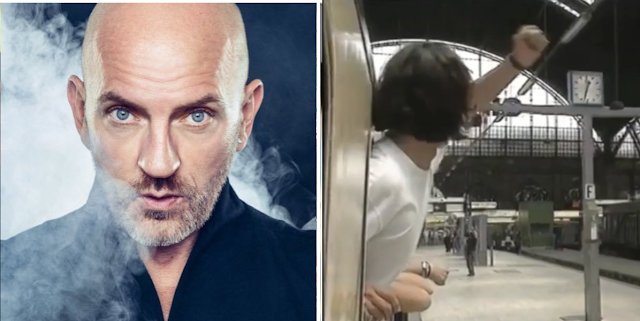 At the beginning of this rare video you can see the party goers boarding the train checking the tickets and cheering from the windows of the train in a great mood showing ready for the famous Love Parade in Berlin.

Then the video shows the legend Sven Vath much younger at that time, spinning some vinyls playing an awesome techno music track.

On 24 July 2010, a crowd crush at the Love Parade caused the death of 21 people, with at least 500 others injured. As a consequence, the organizer of the festival announced that no further Love Parades would be held and that the festival was permanently canceled.

The parade first occurred in July 1989, when 150 people took to the streets in Berlin.The parade was held on the Berlin Kurfürstendamm until 1996.Many people from Germany and abroad traveled to Berlin to take part in the Parade — over a million attended in the years 1997 through 2000 and 800,000 in 2001.

In 2008, the festival took place in Dortmund on 19 July on the Bundesstraße 1 under the motto Highway of Love.  The official estimate is that 1.6 million visitors attended, making it the largest parade to date.

A hilarious video shows how Love Parade would be in 2021, after the announcement that it returns in 2022