Home » News » Slider » Updates » UK police arrived to an "illegal rave", which appeared to be a queue of pensioners waiting for the Covid vaccine

UK police arrived to an "illegal rave", which appeared to be a queue of pensioners waiting for the Covid vaccine

Police arrived after a call about an illegal rave taking place, however pensioners were simply standing by to get COVID-19 vaccine 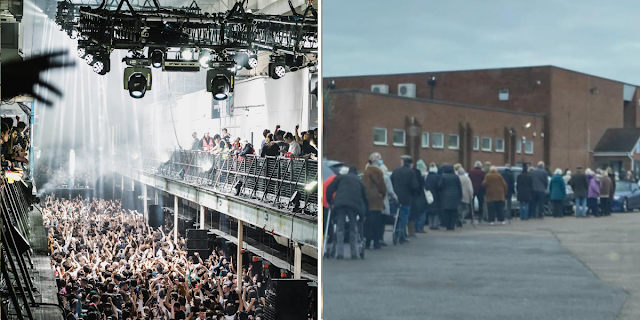 Police in Essex made an error when they went up to what they thought was an illegal rave, yet was really retired people queueing up to get their COVID-19 vaccine.

Be that as it may, rather than people raving, officials discovered many 80 and 90 year olds waiting in a queue for their vaccine shots. The police immediately understood the slip-up and offered help with traffic issues.

The Saxon Hall executive, Dennis Baum, stated: "It was truly entertaining when the police showed up as they had been advised that there was a "rave" occurring at Saxon Hall - just to discover only to find 80 and 90 year-olds on wheelchairs,, zimmer casings and strolling sticks, quietly queueing for their vaccinations.


“Grumpy elderly  men and  elderly people ladies were in abundance. Nevertheless, as a difficult exercise a lot more exceptionally thankful individuals couldn't have been more appreciative to get the the vaccine and to Saxon Hall and the Freemasons for facilitating it.”

Mr Baum added: 'The police left however then returned the evening to help. The primary patient showed up at 7.10am for a 8.30am arrangement.

Police in Essex alone gave £18,000 worth of fines over New Year festivities, separating occasions that incorporated a local gathering with 100 individuals joining in and a fire artist performing for swarms.