Here we have collected scenes from 3 different audio visual shows. 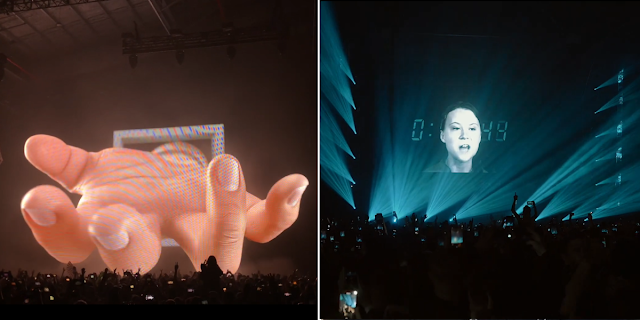 Eric Prydz is of course the best audio visual show but these moments have on thing in common, the anticipation of the "drop" making these scenes so epic.

Eric Sheridan Prydz born 19 July 1976), also known by his aliases Pryda and Cirez D among a number of others, is a Swedish DJ, record producer, and musician. He rose to fame with his 2004 hit single "Call on Me", and saw continued chart success with "Proper Education" in 2007, and "Pjanoo" in 2008. In 2016, he released his debut studio album, Opus.

In 2017, he won DJ of the Year at the Electronic Music Awards and was also nominated for Live Act of the Year.

Norman Quentin Cook (born31 July 1963), also known by his stage name Fatboy Slim, is an English musician, DJ, and record producer who helped to popularise the big beat genre in the 1990s. In the 1980s, Cook was the bassist for the Hull-based indie rock band The Housemartins, who achieved a UK number-one single with their a cappella cover of "Caravan of Love".

After the Housemartins split, Cook formed the electronic band Beats International in Brighton, who produced the number-one single "Dub Be Good to Me". He then played in Freak Power, Pizzaman, and the Mighty Dub Katz with moderate success .