Watch Tale of Us and Solomun, playing seven amazing tunes at an after party in Tulum. Track list 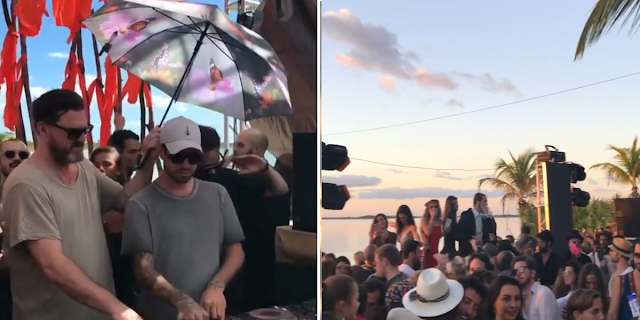 There they invite Solomun and during the sunrise they played together some serious tunes. Party took place at the magical Laguna Nopalitos in Tulum. You can watch the moments and check out the track list below.

Mladen Solomun better known under his stage name Solomun, is a Bosnian-German DJ. He is a four-time DJ Awards winner for Best Producer, Best DJ and Best Melodic House DJ.

In 2015, he was holding two residencies on Ibiza, at night-clubs Pacha and Destino

Carmine Conte was born in Toronto and Matteo Milleri in New York. They both moved to Italy at a young age.They both met in Milan in 2008 while studying sound engineering at the SAE Institute.

They relocated to Berlin and began recording music together. Their debut EP Dark Song was released in 2011. They followed this up with Another Earth in 2013 and North Star/Silent Space in 2015, and in 2017 they released their first full-length album, titled Endless.

In 2018, they were featured in the Grand Theft Auto Online DLC After Hours update: