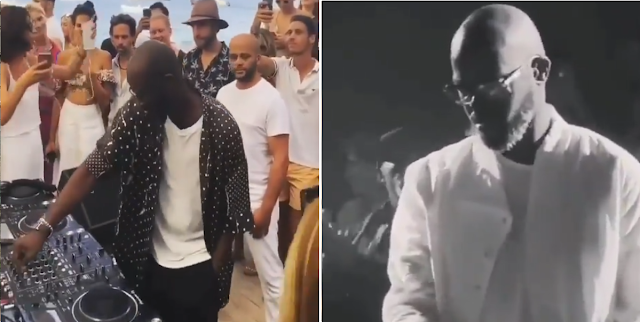 at a bar restaurant in Cannes, at The Brooklyn Mirage in New York, at Ibiza and from his home. You can check out the track names below.

Nkosinathikosinathi Innocent Maphumulo , better known by his stage name Black Coffee, is a South African DJ, record producer, singer and songwriter. He began his career around 1994 and has released five albums thus far as well as a live DVD.

One of the most admired and respected artists in the industry, Maphumulo became prominent after participating in the 2004 Red Bull Music Academy that was held in Cape Town. In September 2015, he won the "Breakthrough DJ of the Year" award at the DJ Awards in Ibiza