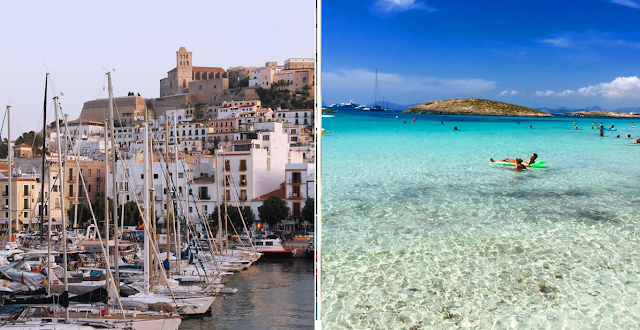 According to Bbc The UK government is going to announce that travelers and people who are planning to go on holidays will not have to enter to 14 days of quarantine when they will come back to UK.

The news, which is to be reported the next days and start on sixth of July, implies that travelers visiting Ibiza and more popular destinations can come back to the UK without obligatory isolate.

Officials of the UK government are thinking to incorporate Spain, Greece France, Italy, Finland, the Netherlands,, Belgium, Norway, Turkey, Germany. On the side Portugal and Sweden are not included on this list which will be published the next days.

A representative said the new standards would give individuals "the open door for a vocations during the summer" while likewise boosting the UK economy. It  will be presented a traffic light system  with nations named green red etc according to corona virus situation at those countries.

However it is essential to be a conversation between UK and those countries which probably will happen over the coming days. However if the situation will change there will be rules again.

People who travel from UK and then coming back will even now need to hand over the location they intend to remain at on their arrival from abroad, regardless of which nation they are returning from. Furthermore, they will likewise be lawfully required to wear face covers on planes and ships.

Also if you are planning to visit Ibiza you will have to know that some outdoors places will reopen such as Destino, Pikes, Ibiza Rocks, Ocean Beach, however Officials at Ibiza have just declared that big venues will stay shut. Pacha, Hi Ibiza, Ushuaia beach hotel have announced that will not open this year.