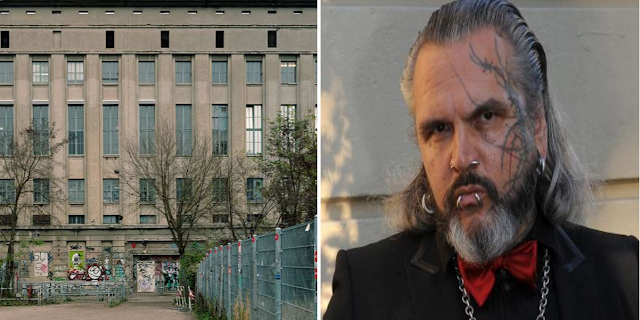 He is considered the toughest bouncer in the world. Now the Berghain's icon Sven Marquardt  has experienced how it feels to fail at the club door and be denied entry according to bz-berlin. The incident happened a while ago in 2018

The famous Berlin photographer Marquardt had a show at the Goethe-Institut in Sydney when he chose to go to a club. The information says that this happened because of a face tattoo! Mr Berghain Sven Marquardt was unable to access the club after being denied entry.
Watch the opening of a part of Legendary Berlin's institution Berghain

In Sydney, he was not allowed in because of his martial facial tattoos.

"Later I talked to the owner and he told me that he was in Berlin and did not come to the Berghain", Marquardt revealed at the Artist Talk with Sebastian Preuss in the Galerie Deschler. The award-winning  photographer was at Australia for his  exhibition and his latest project.

Club owner later apologized to Sven, and noticed that he was additionally denied passage in Berghain when he was in Berlin.
Sven Marquardt is an amazing photographer. Following 30 years of photography in his old neighborhood in Berlin, he wandered out with his simple Nikon FM2 unexpectedly.
Marquardt required a month and a half of photography at the invitation of the Goethe Institute on the sea shores of Sydney. “At first I thought it wouldn't work because it was way too sunny,” he said.
Robbie Williams intends to open a night club "Similar to Berghain" in Berlin
Watch American actress Claire Danes talking about Berghain and Techno music at Ellen's show: "You played bad techno"

Sven Marquardt (Berghain Bouncer) was denied entry in a club in Australia this weekend. Justice has been served I guess.

Probably did him a favour. Sydney nightlife is a joke.

Solution: Deny entry to everyone.

went to berghain and tresor back to back weekends and I got to say that I appreciate this guy's job more now. Sure, it sucks to queue up for 2 hours and not get in but once you are in there's a world of difference to other clubs in Berlin.

Ha! Funny story although not sure it’s entirely true!
That being said, as annoying as it is to be denied entry into the Berghain/Panorama Bar (I’ve been denied 2x) once you get in you realise why Berlin clubs make such a big deal out of “picking” the right people to come into their club.

There’s no denying it has a positive affect on people once they enter, everyone is on their best behaviour and add to the fact no pictures are allowed in most clubs it makes for a truly safe environment where everyone is free to express oneself without fear.
I wish more clubs (especially in London) would make a concerted effort to follow this model, so we wouldn’t end up with nightclubs severely populated with kids under the ager of 25 who are unable to handle their drink let alone take drugs “safely”.

But I guess it’s hard to be so strict in London when bars and clubs have to close super early compared to their Berlin counterparts :(

I think its pretty polarizing. Techno shouldn't have a dress code.