Watch special moments with Solomun the King of after parties in Ibiza,Tel Aviv and more! Track names 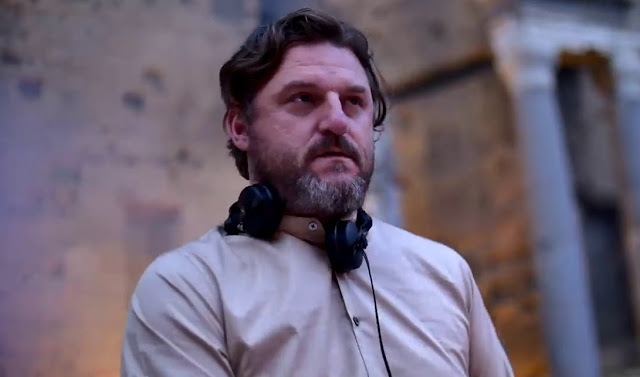 After Solomun was born in Yugoslavia, he moved to Hamburg with his family, as requested by his father. As a young boy, he worked for his father in construction. Eventually, he discovered that he really enjoyed filmmaking. He worked in film for about five years before discovering that music was his passion.

In 2005, Solomun began producing music, founding the record label, Diynamic in late 2005 with his partner Adriano Trolio, who manages the booking for Diynamic. The motto for Diynamic is "Do It Yourself." Eventually, Solomun met H.O.S.H. in 2006, and that is when Diynamic kicked into full force. Solomun's first EP on Diynamic, Solomun EP, came out in 2006.

In 2018, Solomun played himself as an in-residence DJ for the videogame Grand Theft Auto Online, as part of the After Hours DLC. Additionally, Solomun's music video for "Customer is King" was made entirely within Grand Theft Auto V's in-game engine as part of a larger collaboration between him and Rockstar Games.(wikipedia)


Watch special moments with Solomun the King of after parties in Ibiza, Tel Aviv and more places. Check out the Track names below.


Solomun at after party in Israel! Id-id


Good vibes with Solomun, H.O.S.H and Magdalena at Villa after party in Ibiza🎶 playing magdalena mountains of es cubells 🔥 🎥:@ozgeertoz

The moment when Solomun at after party at Uruguay drops Moderat - eating hooks (solomun remix! 🎥@alanaley

Solomun b2b @H.O.S.H. at after party of closing of Solomun+1, Pacha Ibiza playing Niels van Gogh - Pulverturm (ID remix) or Tomcraft remix and pitch down! Last after event somewhere in a villa at the mountains of Ibiza.