The Story behind the phenomenon named Techno Viking! 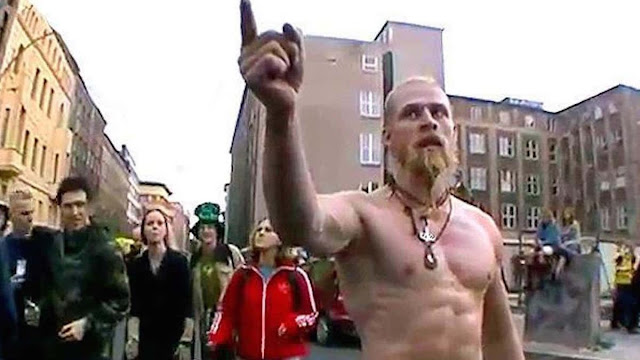 Techno Viking is an internet phenomenon or meme based on a video from the 2000 Fuckparade in Berlin, Germany.
The 4-minute video shot by experimental video artist Matthias Fritsch at the Fuckparade on 8 July 2000[1] begins with the title "Kneecam No. 1". The camera is on a group of dancing people with a blue-haired woman in front. A man stumbles into the scene grabbing the woman.


A bare-chested man (known colloquially as the Techno Viking) wearing a Mjölnir pendant enters the scene while turning to that man. He grabs him by the arms and the camera follows, showing the confrontation. The bare-chested man pushes the guy back in the direction he came.

He looks at him sternly and then points his finger at him, ensuring he behaves. Then the camera follows the bare-chested man as the techno parade continues. Another observer comes from the back of the scene offering an inverted bottle of water to him. As the situation calms down, the bare-chested man starts to dance down Rosenthaler Straße  to techno music.


Fritsch uploaded the video to the internet in 2001. Fritsch intended to raise questions of whether the action was real or staged. In 2006 an unknown user re-published it to YouTube, and it went viral in 2007. According to Fritsch, its popularity began on a Central American pornography site.

After being posted on Break.com, it peaked on 28 September at more than 1 million views per day and was watched by over 10 million people over 6 months. By mid-2010, the video had generated over 20 million hits on YouTube alone; as of January 2013, the original version had more than 16 million views.


Fritsch did not know the man's name at the time of filming.
The unnamed man's court case against Fritsch concerning infringement of personality rights opened in Berlin on 17 January 2013.

In June, a decision was reached for the plaintiff and Fritsch was ordered to pay the man €13,000 in damages, almost all he had made from YouTube ads and sales of Techno Viking merchandise, plus €10,000 in court costs, and to cease publication of his image.
Read: A New Version of Love Parade is coming to Berlin in 2022
Watch the video below:


Track name: Panderator - Cruise Control / Subrealic acid - Βreakbeat version
Another story which we are not sure if this is real, many say it's a satirical article, according to WWN and Techno Moves, they used the help of detectives and spent months of research tracking down the mysterious figure, ultimately agreeing to meet him at Berlin airport.
There they were met by Gunther, the guide who was to take them to the Techno Viking’s home on the periphery of the city limits. When they arrived, however, they discovered that Gunther Ackerman was in fact the Techno Viking himself. 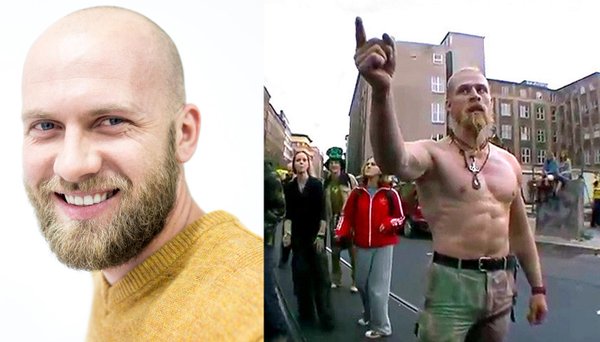 They figure out that Techno viking is a biology researcher , but at the time of the viral video he was a lumberjack.

He said he had been awake for four days straight before the historic footage was taken and that he had no idea he was being filmed by Fritsch. However this was not confirmed from multiple sources.

You can read the Full interview here :waterfordwhispersnews.com