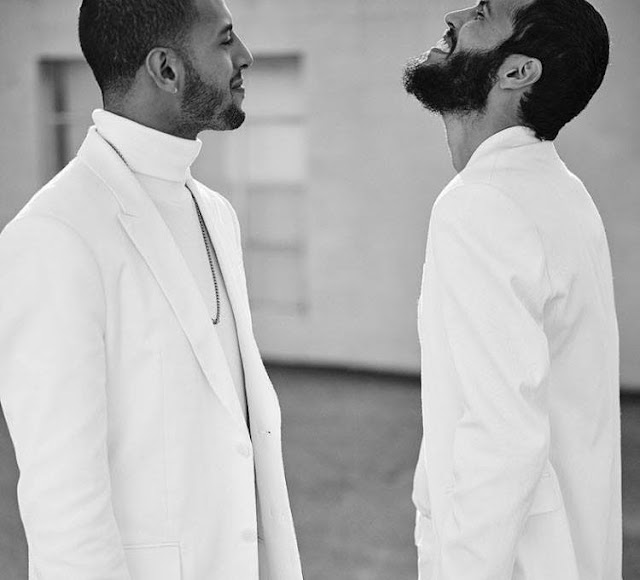 
London, October 2016 – House music leaders The Martinez Brothers have collaborated with the world’s leading sports and lifestyle headwear brand New Era to create an exclusive collection, consisting of a ‘Cuttin’ Headz’ cap and bomber jacket.
Following the success of their debut collaboration with New Era, the second installment articulates The Brothers’ visual artistry with a tonal version of the Cuttin’ Headz label illustration.
The limited edition cap and jacket will be launched alongside a short film that features their visual influences and talks of their upbringing in the Bronx. Having been inspired by the graffiti covered walls of New York, the patterns as seen on the cap and jacket reflect their comic styling and illustrative influences, which are contrasted by luxurious black and gold detailing.
“Our neighbourhood definitely had a lot to do with our artwork as graffiti was everywhere,” Chris and Stevie Martinez said. “It’s the same process, they work with colours and we work with sounds.”
The cap and jacket will be on sale from 4th November at New Era stores in London, New York, Mexico City and online via www.neweracap.eu and www.neweracap.com