Burning Man has revealed the topic for its 2021 edition, in spite of continuous uncertainty about if the social event will happen this year. 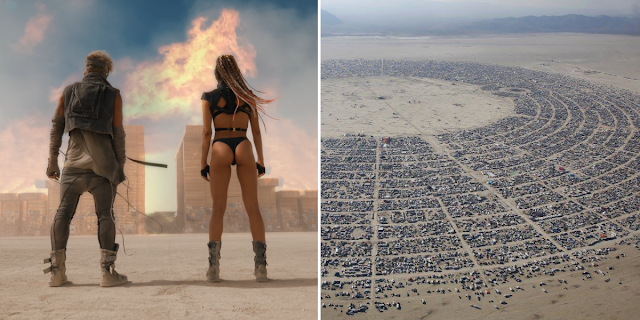 Another post that has been published, declared the 2021 subject for the beloved Burning Man people group: Terra Incognita. The Latin expression, which means "unknown land," follows back to the Egyptian researcher Ptolemy who used it in his Geography to label regions not yet mapped by the Roman Empire.

In January this year, Burning Man's coordinators said it is "difficult to say at the present time" if the lead celebration would go on this year.

According to The Burning Man Journal

"While we are still unsure if we’ll be able to build Black Rock City this year, we ARE happy to announce a theme for the entire Burning Man community — no matter what, our culture will continue to prosper out in the world in magnificent ways. "

"This year’s Burning Man theme is an invitation to emerge from our collective isolation, to explore the unfamiliar contours of a changed world, and to reimagine ourselves, our community, and our culture in ways that might not have been possible before this period of plague and pause. After a long year adrift in the Multiverse, beset by angst and uncertainty, it’s time to climb up out of our escape pods and look outside to see where we’ve landed.

After a year without Black Rock City we’re all longing to reconnect – for a going home after all that staying home. Yet our enforced apartness has also served as a powerful reminder that the idea of home is just that – an idea – and not a particular place.

Quarantine has led us to rethink the very meaning of place, and rid us of certain illusions about it – like the notion that our city was always there somehow, always a certain way, which was never true at all. It was always a figment of our collective imaginations, and fundamentally different each and every year.

Cover Photo  Jesse Wellens. Watch his video from the Burning Man below.