The Martinez Brothers and Seth Troxler played at party in Indonesia in January 2021. 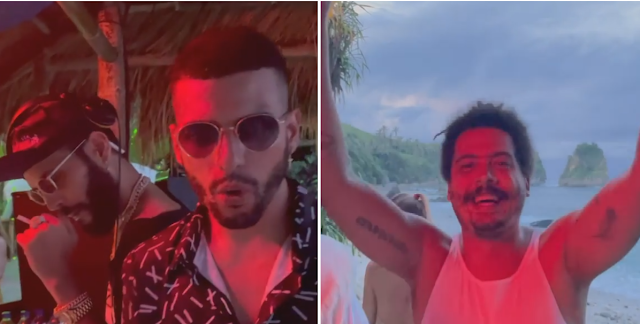 Party took place at NIHI resort and villas placed at Watukarere, Indonesia. The legendary trio played Mr. White's classic The Sun Can't Compare and more. The moments was captured by some party goers, having familiar relationship with the three artists. You can watch them below.

The Martinez Brothers are an American duo of disc jockeys, music producers, and remixers from The Bronx, New York. Known for their long-term residencies at clubs in Ibiza. In 2014 they were named as DJs of the year by Mixmag, who wrote that "no other DJ or DJ duo encapsulates house music in 2014 like the crown princes of DC10

They have also conceived a new record label, Cuttin’ Headz, which will be a home to their musical experimentations. Also this year comes the premier of Tuskegee, the brainchild of The Martinez Brothers and Seth Troxler.

Seth Troxler is an American DJ and record producer from Lake Orion, Michigan. His DJ work focuses on house and techno, while he has produced on the Wolf + Lamb, Crosstown Rebels and Circus Company labels, collaborating with artists Art Department, Deetron, Tiefschwarz, Matthew Dear and Subb-an. He is one of the founders of the record label Visionquest, as well as head of labels Tuskegee, Soft Touch and Play It, Say It. He also owns a restaurant in East London called Smokey Tails.

Watch the moments below.