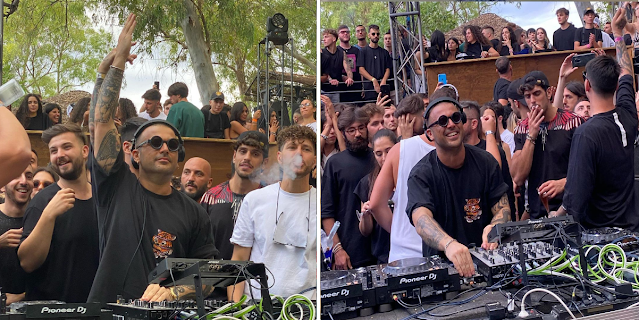 Here you can watch the part 2 of the epic moments. Scenes from his closing set went viral at many social media channels. There he played some wicked tunes, one of them was the classic Nightcrawlers - Push The Feeling On. Prince of Denmark - The Ghost Ran Out Of Memory (Mind Against Edit) mixed with Ilario Alicante - Vacaciones en Chile was another gold moment.

Electronic dance music DJ and producer who rose to fame after the success of his hit single "Vacaciones En Chile." Known for creating rhythmic club starters he went to found his own record label Deep Moves.