Beatport hit the start button on 2021 - kicking things off 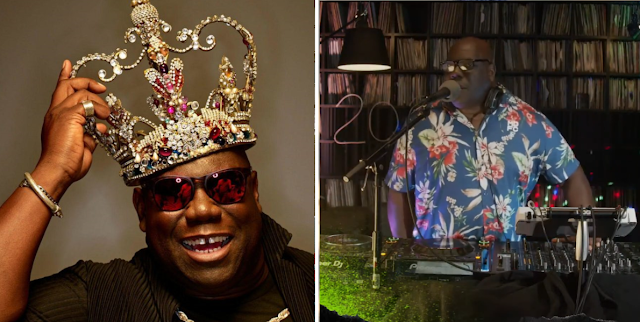 with Carl Cox live from Melbourne, Australia all the way around the world and back to DanceAway2020. This was a collaboration with Absolut which brought the party to you this year for a NYE unlike any other!

Carl Cox  is a British house and techno record producer and DJ.

Carl played at the 1st night of Danny Rampling's Shoom night after his return from Ibiza in the summer of 1987, largely seen as the original Balearic / Acid House night in London / the UK. In the 1980s, Cox became a mainstage DJ in the electronica industry.

He has performed at numerous clubs and events worldwide and has served as a monthly DJ for BBC Radio 1's Essential Mix. He has hosted a residency known as 'Music is Revolution' every summer season at the world renowned nightclub, Space Ibiza, from 2001 to 2016.

He runs the record label, Intec Digital, which was founded in 1999 as Intec Records. Cox also had his own radio show, entitled 'Global'. In 2017 he announced that from February onwards he would no longer work on the show. He has featured his own 'Carl Cox & Friends' stage at many festivals, such as Ultra Music Festival, The BPM Festival and Tomorrowland.

Watch the video below starting with Carl Cox: