Foreign travelers may be restricted from Amsterdam's cannabis cafés

Tourists may be prohibited from entering Amsterdam's cannabis bistros under a proposed new law. 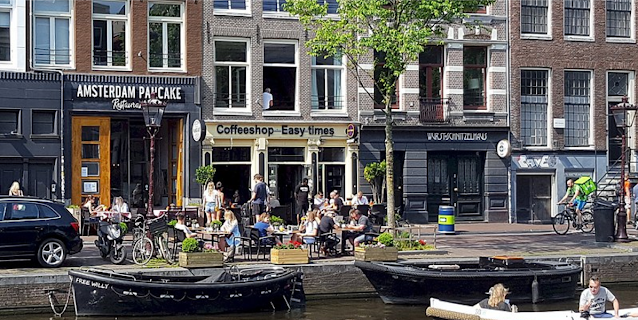 The boycott - which has been proposed by Amsterdam city hall leader Femke Halsema - may come into place one year from now.

The civic chairman needs to actualize it in a crackdown on coordinated crime and drugs tourism and has the support of police.The Mayor says that they will be permitting just Dutch inhabitants to enter its 166 weed selling bistros, with the measure prone to come into power at some point one year from now.

A research by  Government indicated 58% of Foreign sightseers who visit Amsterdam come for the most part to freely smoke marijuana, Halsema stated, while another investigation demonstrated the city would uphold less than 70 bistros if just local people were served.

"Amsterdam is a worldwide city and we wish to draw in travelers – yet for its lavishness, its excellence and its social foundations," the chairman stated, adding that the cannabis market was too large and had an excessive number of connections to coordinated crime.

She said the city could stay "open, affable and lenient", and yet would make life more hard for crooks and cut down on mass, low-spending the travel industry.

In any case, Joachim Helms of the coffeehouse proprietors' affiliation BCD said:

"Cannabis is a famous product that individuals appreciate around the world," he told the Dutch ANP news organization. "Individuals need to smoke their joint. When that that can't occur in a café, at that point they will get it in the street."