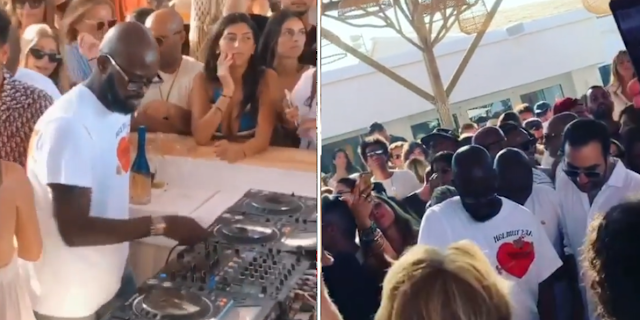 Nkosinathi Innocent Maphumulo , better known by his stage name Black Coffee, is a South African DJ, record producer, singer and songwriter. He began his career around 1994 and has released five albums thus far as well as a live DVD. Watch Black Coffee playing some wicked tunes at a party at Shellona bar restaurant in St Tropez.

One of the most admired and respected artists in the industry, Maphumulo became prominent after participating in the 2004 Red Bull Music Academy that was held in Cape Town.In September 2015, he won the "Breakthrough DJ of the Year" award at the DJ Awards in Ibiza.

He was chosen as one of two South African participants in the Red Bull Music Academy in 2003, jump-starting him into the South African dance music scene. His first big break was when his song "Happiness" was featured on the DJs at Work album.