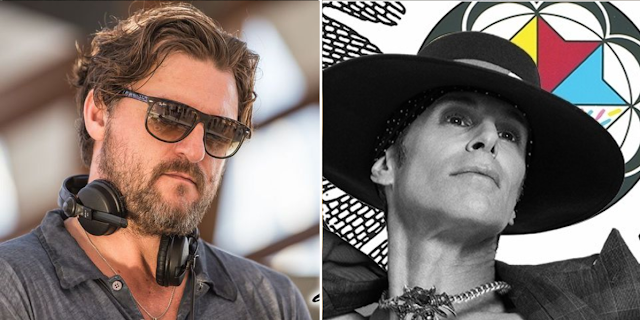 Solomun remixed of Perry Farrell classic tune Where Have You Been All My Life. The remix comes in two editions on 7 minutes and the other 4 minutes long. You can listen to it and read some usefull information below

In 2005, Solomun began producing music, founding the record label Diynamic in late 2005 with his partner Adriano Trolio, who manages the booking for Diynamic.The motto for Diynamic is "Do It Yourself"." Eventually, Solomun met H.O.S.H. in 2006 over techno tapaa and that is when Diynamic kicked into full force. Solomun's first EP on Diynamic, Solomun EP, came out in 2006.

Since then, he has released many other EPs and compilations, as well as the 2009 album Dance Baby. In December 2010 he launched a second label, the more experimental 2DIY4.
In 2011, Solomun remixed Noir & Haze's "Around." The track was dubbed Remix of the Year by Resident Advisor.


Solomun also hosted two residencies in Ibiza, Spain, in 2016—Solomun +1 at Pacha and Solomun +1 live at Ushuaia and Destino.


In 2018, Solomun played himself as an in-residence DJ for the videogame Grand Theft Auto Online, as part of the After Hours DLC. Additionally, Solomun's music video for "Customer is King"  was made entirely within Grand Theft Auto V's in-game engine as part of a larger collaboration between him and Rockstar Games.

Perry Farrell  is an American singer-songwriter and musician, best known as the frontman for the alternative rock band Jane's Addiction. Farrell created the touring festival Lollapalooza as a farewell tour for Jane's Addiction in 1991; it has since evolved into an annual destination festival. Farrell continues to produce Lollapalooza with partners William Morris Agency and C3 Presents.

Also Maceo Plex remixed Perry Farrell Let's All Pray For This World few months ago. You can listen to it below