Listen to 20 Gems picked by Maestro Dixon for his 90 minutes mix. Track list 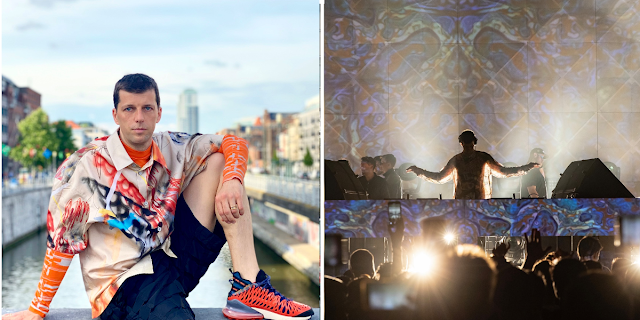 Dixon (born Steffen Berkhahn) is a Berlin-based artist, best known as a house and techno DJ and producer, as well founder of record label Innervisions. In recent years, he has also made endeavours into fashion and technology, and is the joint owner of club-wear clothing brand Together We Dance Alone.


In 2019 he launched an Ibiza residency and digital platform of the same name, Transmoderna. Dixon was voted as the number one DJ on Resident Advisor's Top 100 DJ Poll every year from 2013 to the last annual poll in 2016.

In 2017, Dixon branched out from music and started his own fashion label "Together We Dance Alone", along with it current creative director, Ana Ofak. The label released its first limited-edition long sleeve in conjunction with designer Kristina Nagel, before aligning with Japanese fashion brand Sacai to release another long-sleeved style, which was available in Sacai's Tokyo showroom and Together We Dance Alone's webshop.

Since then the brand has teamed up with a number of other designers, and continued to collaborate with Sacai, releasing an additional limited edition printed short sleeve design in December 2019.
Alongside Together We Dance Alone's online store, there are select stores in Los Angeles, Berlin and Paris.

In the Summer of 2019, Dixon launched the first season of his Ibiza residency, Transmoderna. The initial season was hosted at Pacha and ran every Friday night for 20 weeks, from May to October. Transmoderna evolved into more than just a club night, in parallel acting as a digital platform to explore boundaries between different spheres of the music, art, fashion, technology and club culture.

Transmoderna has since been confirmed for a second season, with its venue announced to be moving to DC10.