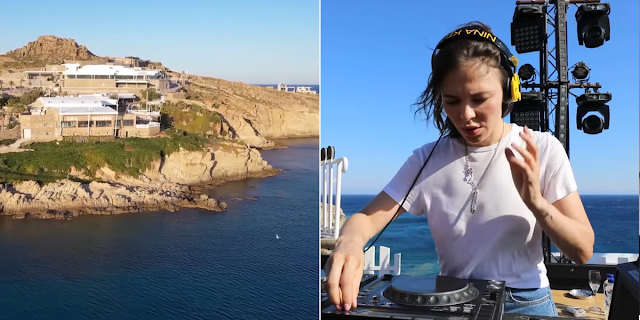 Watch Nina Kraviz playing two hours techno and trance music Dj set from Cavo Paradiso in Mykonos at Greece. Most of the tracks are new but we made at track list with some of them. You can check out the track list, video ans some information below.

Nina Kraviz  is a Russian DJ, music producer and singer. She was accepted into the Red Bull Music Academy in Seattle in 2005, however couldn't attend as she couldn't obtain a visa,attending the following year in Melbourne instead.By 2008 she was playing a regular night at the Propaganda Club in Moscow.

Nina Kraviz is playing with a view of the archipelago 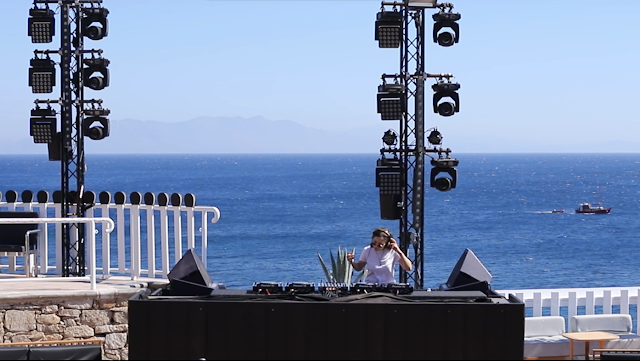 Kraviz released her self-titled debut album in February 2012 through the Rekids record label, to mixed-positive reviews. Kraviz started her own record label in 2014, named Trip.

She mixed the forty-eighth DJ-Kicks mix album, which was released in January 2015.

The Cavo Paradiso in Mykonos 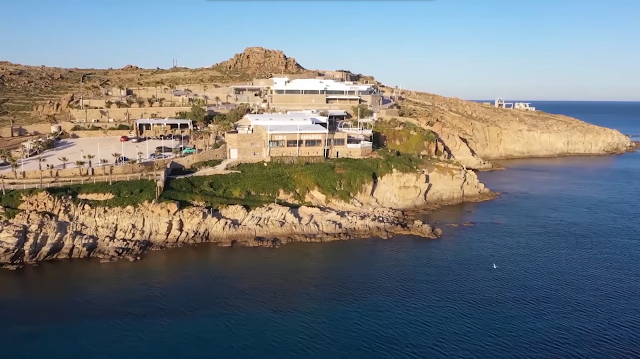 Cavo Paradiso is regarded by the music industry community, its artists and clubbers worldwide as one of the most impressive music & entertainment venues on the planet. It is regularly voted in the top club annual lists by international publications.

The stunning architectural design was developed through various stages over the last three decades and it was done with total respect of its location ( on the top of the hill of Mykonos famous Paradise Beach), so you get the feeling of being within nature and you appreciate the wild beauty this beautiful Mediteranean island and the Aegean archipelago has to offer.

Cavo Paradiso has acquired legendary status over the years not only for the Island of Mykonos but also in the wider international clubbing community for some of the most memorable parties on the Island of Mykonos and it is a must-see attraction to anyone that is passing by this famous rock in the heart of Greece's historic archipelago.