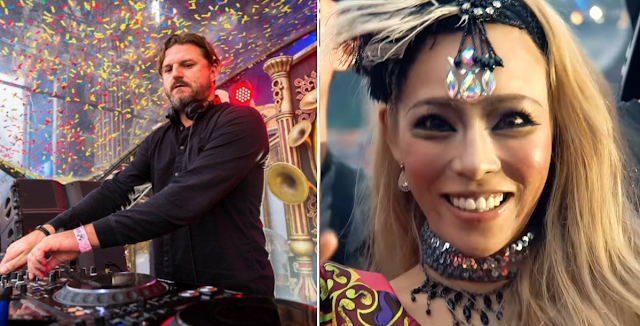 Mladen Solomun undoubtably sits among the heavyweights of the profound house industry. His well known broadened sets that can undoubtedly last all night have made his crazy abilities famous for quite a while, as his capacity to keep the group moving beginning to end for now and again 8 or possibly more hours is amazing

Upon the uncommon event that he doesn't play a since quite a while ago set, nonetheless, Solomun will rather bring just the most deliberately chose tracks, frequently unreleased, and share them unexpectedly. His Tomorrowland Weekend 1 set was the same, turning up with a USB pressed with IDs, and bringing the house down on his own special Diynamic Stage
For Solomun, music isn’t just a tool to make people dance. Music is as diverse as life itself: many different shades, moments, and memories to be made.

Music triggers emotions and vice versa, and this sort of interrelation – with Solomun representing the music and the audience emotions – is what casts the spell around his performances.

His “Solomun +1” residency at Pacha Ibiza started in quite a laid-back fashion – with him doing his own thing, moving the DJ booth into the centre of the club to be close to the people on the dancefloor instead of the usual high podium, and introducing a fairly unheard-of concept on the Island: a night together with only one friend. Since its commencement in 2013, “Solomun +1” has long become an Ibiza household name, with its “Solomun +LIVE” offshoot on the Island and +1 editions all over the world, be it Berlin, New York or Tulum.

The same energy was what kicked off his music label Diynamic in 2006: A band of brothers with similar ideas, taste in music, and the volition to support each other. And, looking back, Diynamic turned out to be the stepping stone for many artists’ careers.

All of this started somewhere small, but by being himself, an honest entertainer in the truest sense of the word, not a stage persona, Solomun came to be so incredibly sought after.

In 2018, Solomun played himself as an in-residence DJ for the videogame Grand Theft Auto Online,
as part of the After Hours DLC. Additionally, Solomun's music video for "Customer is King"  was made entirely within Grand

Theft Auto V's in-game engine as part of a larger collaboration between him and Rockstar Games.