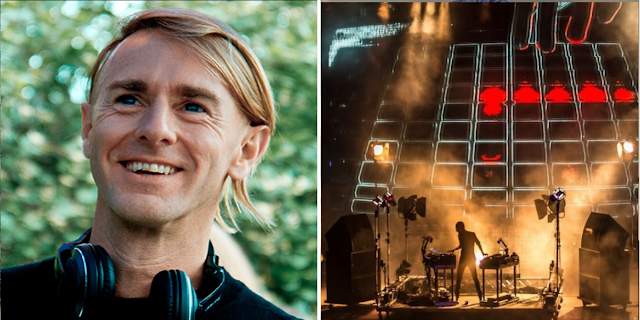 Richard "Richie" Hawtin (born June 4, 1970) is a British-Canadian electronic musician and DJ. A three-time DJ Awards winner, he was an influential part of Detroit techno's second wave of artists in the early 1990s and has been a leading exponent of minimal techno since the mid-1990s. He became known for his recordings under the Plastikman alias.


In May 1990 Hawtin and John Acquaviva founded the Plus 8 record label, which they named after their turntable's pitch adjust function. In 1998, Hawtin launched M-nus Records. In summer 2012 Hawtin first presented ENTER., his experimental event at Space in Ibiza. The following year, Hawtin launched his own sake brand ENTER.Sake designed to spread Japanese culture to the Western World. In 2016, Hawtin launched his own technology company called PLAYdifferently, and released the MODEL 1 mixer, co-designed with Andy Rigby-Jones.

‘CLOSE COMBINED’ is the next evolution in the lineage of Hawtin’s iconic ‘DE9’ mix album, which Resident Advisor called one of the top mixes of the decade. It contains music from Charlotte de Witte, ANNA, and many more, along with additional live production created with Hawtin’s on-stage arsenal of effects, drum machines and analog synthesizers.