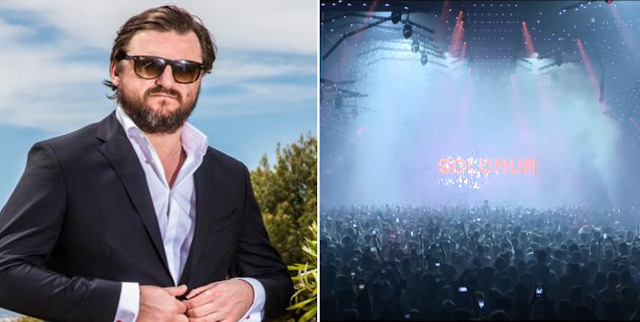 Mladen Solomun (born December 27, 1975), better known under his stage name Solomun, is a Bosnian DJ and music producer, who was born in Bosnia and Herzegovina and grew up in Hamburg,Germany. He is a three-time DJ Awards winner for Best Producer and Best Deep House DJ.

After Solomun was born in Yugoslavia, he moved to Hamburg with his family, as requested by his father. As a young boy, he worked for his father in construction.[5] Eventually, he discovered that he really enjoyed filmmaking.

He founded a small production company with a few friends, where they created short films together. He worked in film for about five years before discovering that music was his passion.

Solomun also hosted two residencies in Ibiza, Spain, in 2016—Solomun +1 at Pacha
and Solomun +1 live at Ushuaia and Destino. He has played at events like Ultra Europe,
Exit Festival, Melt! Festival, Tomorrowland, and Movement Croatia
in 2016 and 2017, also in Hungexpo in 2018.

In 2018, Solomun played himself as an in-residence DJ for the videogame Grand Theft Auto Online,
as part of the After Hours DLC.[40] Additionally, Solomun's music video for "Customer is King" was
made entirely within Grand Theft Auto V's in-game engine as part of a larger
collaboration between him and Rockstar Games.