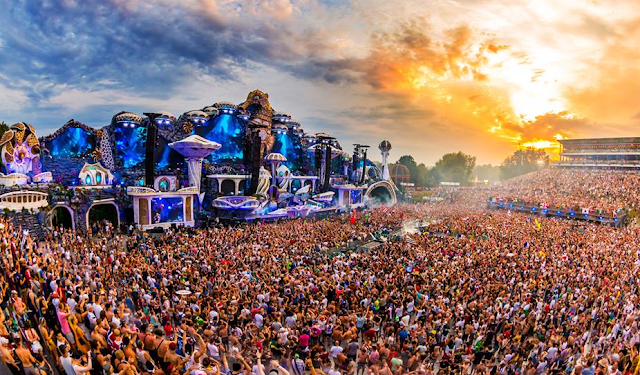 That is the reason the producer of the stylistic layouts for Tomorrowland and Plopsaland went bankrupt. The permanent decor builder of Tomorrowland, Neverland Themepark Projects, puts the books down. The curator refers, among other things, to the competition from Eastern Europe.

Neverland Themepark Projects not only made a name for itself thanks to the Tomorrowland decors. The company from Hofstade near Aalst made some decors for the Walibi and Plopsaland theme parks and the company was also active abroad. In the Efteling and Disneyland Paris there is work by Neverland.

"It is a heavy blow," says Mrs. Heerman (wife of manager Kurt Heerman) on the phone. 'We have always been hard at work and may not have realized in time what financial risks you can run. More I can not say about it at the moment. It's too painful. "

The company was founded in 1997 by Kurt Heerman, carnivalists became his employees. However, the annual accounts show that the debts amounted to a multiple of profits and equity. The financial situation was no longer tenable and the company deposited the books this week.

An announcement released by the company’s founder Kurt Heerman reads. “We want to thank you for the years of cooperation and trust. This message will come in hard, we are well aware of that. With our whole team we have been fighting until the last minute, but due to a combination of circumstances we are forced to close the doors of Neverland definitively. Our sincere apologies for the inconvenience that we may cause you.”

In an announcement  by Tomorrowland, coordinators clarified that the celebration would not be influenced too radically by the news.'We work with twelve decor builders, of which Neverland is one of them,” said festival spokesperson Debby Wilmsen. “The main stage is too complex to be made by one set builder anyway.”