Home » Feel Privileged » Slider » Updates » Who is this man ''ID'' playing this instrument? Check out an massive moment in Greek island, Mykonos! What a musical ceremony! :)

Who is this man ''ID'' playing this instrument? Check out an massive moment in Greek island, Mykonos! What a musical ceremony! :)

Mykonos is a Greek island, part of the Cyclades, lying between Tinos, Syros, Paros and Naxos. The island spans an area of 85.5 square kilometres (33.0 sq mi) and rises to an elevation of 341 metres (1,119 feet) at its highest point.
There are 10,134 inhabitants (2011 census), most of whom live in the largest town, Mykonos, which lies on the west coast. The town is also known as Chora (i.e. the Town in Greek, following the common practice in Greece when the name of the island itself is the same as the name of the principal town).
Mykonos's nickname is "The Island of the Winds".
Tourism is a major industry and Mykonos is known for its vibrant nightlife and has many establishments catering for the LGBT community. 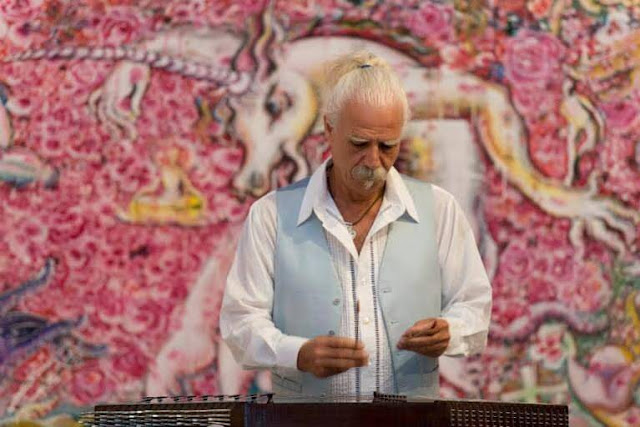 Life
As a child he heard the old Sufi melodies, which now form the source of inspiration for his music. At the age of 13, he learned to play the Persian string instrument the santoor and soon began to perform several shows in his home town. In 1977 he left Iran, traveled to India for study, and later emigrated to Europe.

After his life and creative work in India, where he stayed for a long time, he discovered the island of Ibiza in Spain in 2003. There he met many other musicians, DJs and producers who inspired him to expand his style.

Music style
By making music for hikers from different cultures, he has changed his style, which has been influenced by the traditional Persian music, and has thus found his own style. Particular to his music is that he pours old songs into a new form and through this fusion creates a meditative, musical era. 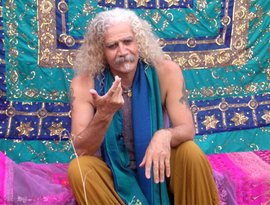 Bahram's instrument is the Persian santoor, a traditional stringed instrument of which it is said it could create the sound of emptiness. Besides the santoor, he began playing the Persian setar and ney, a Persian bamboo flute. Soon afterwards, he began to sing to his music, which had hitherto been instrumental in character: he often quotes the poems and wisdom of mystical poets such as Rumi.

His music is a special combination between the old and the traditional, a fusion of Rumi's spiritual poems with modern and technical rhythms that invite to meditation. The fusion between spirituality and meditative rhythms, combined with traditional Persian instruments such as the santoor, have a hypnotic effect.

Check out an epic moment in Greek island, Mykonos!
What a musical ceremony! :)

Check out an epic moment in Greek island, Mykonos! What a musical ceremony! :) . . #trackidblog #trackidmag . Credits: @bahramji_official
A post shared by Trackidblog ® Techno & House (@trackidblog) on Aug 25, 2018 at 7:37am PDT