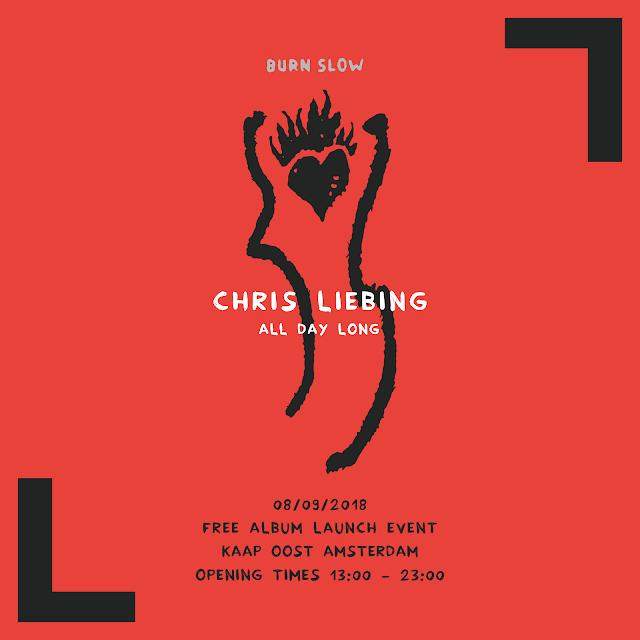 Chris Liebing has announced a free** Burn Slow album launch event on Saturday 8 September in Amsterdam. Doors are open from 1pm until 11pm and during the set, Chris will be playing out the album in full for the first time.

The event will be for free but the promoter is legally obliged to register all guests, so instead of an entrance fee you will be charged with 15€ worth of tokens that you can spend at the venue.

All Day Long, in association with Loveland, will take place at Kaap Oost Amsterdam, an amazing secluded location on Zeeburg Island, close to Amsterdam. It will be the perfect place to escape the city and burn slow…

While retaining the framework of the techno beats that Chris Liebing has dedicated his life to for the past 25 years, here he also seeks out new harmonic territories, taking aim at the heart rather than the feet, in order to tackle some deep themes. The key concept of presence - the idea that everything is happening in this moment, and that everything in the past is mere memory - form the thematic backbone of the record. It’s something Liebing got in touch with via the philosopher Alan Watts, not to mention decades of getting entire dancefloors lost in the present.

Chris Liebing at Epizode Festival during the morning!Playing Trevino's track!


The Burn Slow project began its evolution with two remixes, for Depeche Mode’s Going Backwards and Goldfrapp’s Everything Is Never Enough – both artists associated with his new label, which has been an inspiration for Chris Liebing since a young age: “Without realising, a lot of the music I was into came from just one label, Mute. I vividly remember dancing around at my neighbour’s house in the early ‘80s to songs by Depeche Mode and Yazoo. Banging my head in dark basements to the likes of DAF, Laibach and Nitzer Ebb to name but a few.”

** Entry to the All Day Long Burn Slow album launch is free but due to licensing and security laws, guests will be asked to purchase drinks tokens before gaining entry to the venue