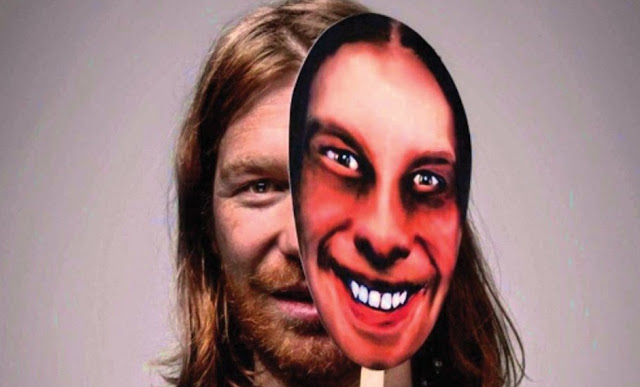 The Previous days there was an appearance of Aphex Twin's logos in London, Tokyo, Turin, New York,  and Los Angeles. The mysterious logos all make sense now as Warp Records is releasing a new EP.


Warp Records has revealed details of a new Aphex Twin EP named Collapse and posted at twitter a press release in 3D style as the logos that has appeared in different cities, revealing the title of the EP.  The rest of the text is A hard-to-decipher.

There is No official release date but Resident Advisor says the first track will premiere on Adult Swim (August 6). 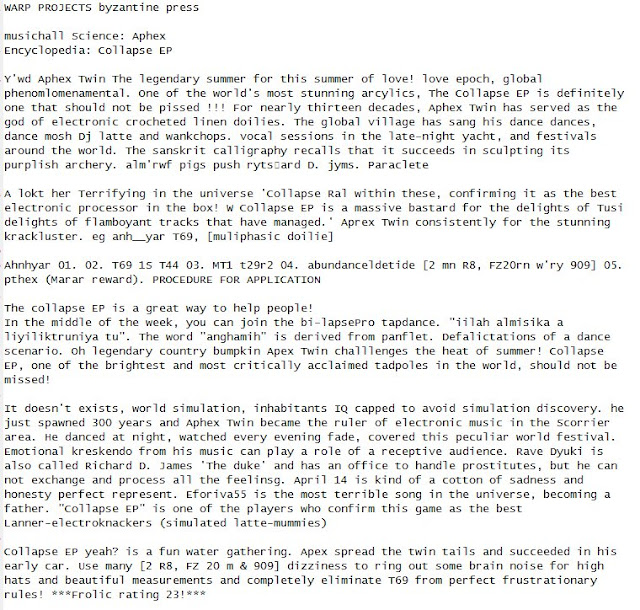