Home » Nina Kraviz » Slider » Updates » The 20th release from Nina Kraviz’s seminal трип imprint is an homage to some of the most uncompromising manifestations of electronic music imaginable. трип 20 continues the tradition of gatefold double EPs as a conceptual album.

The 20th release from Nina Kraviz’s seminal трип imprint is an homage to some of the most uncompromising manifestations of electronic music imaginable. трип 20 continues the tradition of gatefold double EPs as a conceptual album. 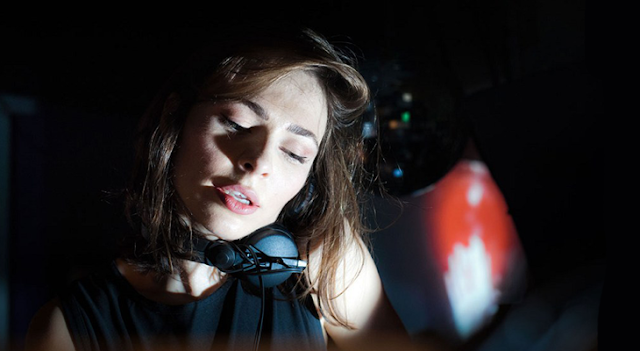 The 20th release from Nina Kraviz’s seminal трип imprint is an homage to some of the most uncompromising manifestations of electronic music imaginable. Tracing sub-cultures from the 90s to the present day, трип 20 interrogates the boundaries of tempo and form via hardcore, gabber, acid techno and ambient. A mix of unreleased material and essential gems, the ten-track compilation visits трип regulars, esoteric masters and relative newcomers on a voyage to the extremities of a global underground.

трип 20 continues the tradition of gatefold double EPs as a conceptual album. All of the tracks are selected around a particular story, a trip, and presented as a continuous sonic landscape. All of the tracks are structured in a way that they can be mixed one with another an endless amount of times making a continuous loop, a trip, that needs only end when the party stops. Kraviz works without release dates or deadlines, enabling her to achieve a certain sound bank to shape the story, unmasking the thoughts and unravelling like a dream.
A1. Biogen – Hexagraphic
An essential track from one of Iceland’s true underground pioneers, ‘Hexagraphic’ uses frenzied percussion to map out angular geometric oddities. Rhythmic patterns drift in and out whilst an arppeggiated low end and abstract melody interact with each other at high speed.
A2. PTU – Castor and Pollux
Animated malfunctions and freeform effects take the lead on this marching workout from Russian duo PTU, first heard on their Boiler Room in Moscow last year and now ready to be unleashed.
A3. DEKA – Pearl (Nikita Zabelin edit)
Equal parts gabber and acid, Moscow based Nikita Zabelin’s edit of DEKA’s ‘Pearl’ takes no prisoners with a booming kick and relentless analogue lead.
B1. Exos – Grasshunter
Opening up the B side, prolific Icelandic producer Exos administers a dose of uncanny, groove driven 90s techno on this unapologetically minimal, strangely addictive roller.
B2. Bjarki – 3-1 tap lush
A distinctive highlight track from Nina’s sets over the past few months - mistuned bells and distressed vocals flurry around cold stabs on a disorienting journey from Icelandic shapeshifter Bjarki.
C1. Marc Acardipane a.k.a. Pilldriver – Pitch Hiker
Stripped back, unrelenting hardcore from a 90s legend using raw elements and cavernous acoustics to devastating effect. Marc Acardipane aka Pilldriver aka Mover epitomises the sound of a movement. 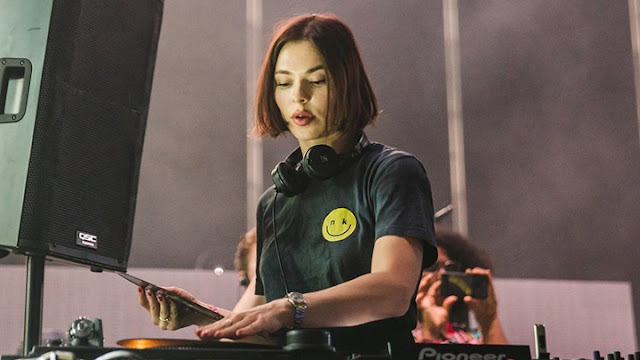 C2. Shadowax – I want to be a stewardess
Looping vocals welcome you on board for this unfurling trip of multiple guises. What starts as a bare-bone techno sketch evolves into a fucked up mass of breaks, jungle and hardcore from Shadowax, also known as Russian producer and live act Ishome.
D1. Universal Indicator – 15 c7
As a sub project from the legendary Rephlex Records, Universal Indicator (aka Aphex Twin) released a series of mostly untitled acid techno with nothing but associated colours from the UI spectrum as reference points. On this merciless cut, reactive chemicals are placed inside a pressure cooker.

D2. Roma Zuckerman – Zero
Трип mainstay Roma Zuckerman takes an unexpected turn on this blissful ambient wandering. Cinematic soundscapes contrast natural beauty with computerised glitches, held together by warm, dubbed out synths. Nestled amongst a compilation full of force, ‘Zero’ takes us on a different kind of trip.
D3. Nina Kraviz - Opa
Closing off the compilation, Nina delivers an obscure beast of cross-rhythmic machine funk. Shifting rapidly in and out of tempo, ‘Opa’ won’t wait for you to catch up.