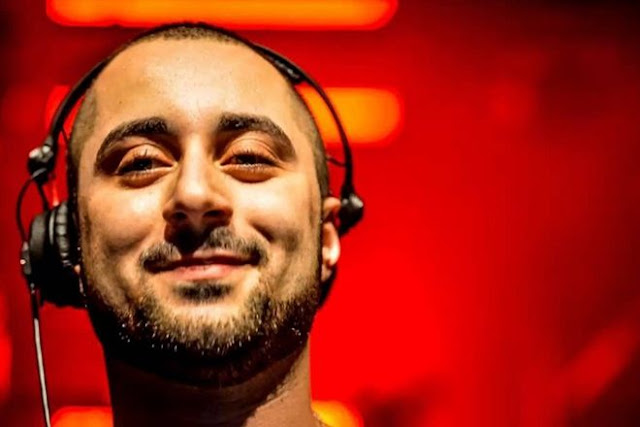 Now over a decade into his career as a globally touring DJ, there's hardly an accolade Joseph Capriati hasn't achieved. He is deservedly one of techno’s most in-demand headliners and continues to better himself as an artist, making every release and pe..


Though Capriati has amassed an extensive and accomplished discography, there is no doubt he is a DJ first and producer second. First manning the decks at just 11 years old, Capriati was a natural and soon began his journey into the footsteps of Naples techno pioneers like Marco Carola and Rino Cerrone. He learnt his craft whilst absorbing the influences of early House pioneers like Masters at Work, Todd Terry, David Morales, Danny Tenaglia, Francois K and Tedd Patterson, then first releasing his own productions (including the classic "C'est La Vie') on local labels Globox Records and Analytic Trail. By 2007, he was playing his first high profile gig to thousands of adoring, hometown fans and just one year later for Awakenings.


Capriati's brand of slick and emotive techno, delivered with precision, flair and infectious energy, has become a staple highlight of the global club and festival circuit. With revered sets at the world's most high-profile events - Time Warp, Monegros Festival, Kazantip, Sonus, WMC Miami, Fabric and Berghain to name a few - Capriati has proven himself as a consistently mesmerising performer and a fans favourite. Despite the intense touring schedule, which has reached up to 150 gigs yearly, he manages to maintain a high level of focus, preparation and vigour for each set, and keeps the smile on his face throughout. The combination of his charismatic personality and ear for the perfect groove has made Joseph a torchbearer for the Italian techno sound worldwide and has brought many new fans to the genre in general.

One of many important milestones in the Capriati story is a fabled residency at Marco Carola's Music On parties beginning in 2012, where Joseph first spun his memorable sets to the Amnesia main room faithful. His ongoing presence in Ibiza has also seen him play headline sets at the Amnesia opening and closing parties and major slots at DC10.


Worldwide Drumcode events with Adam Beyer have long been notable dates in his calendar, as have back-to-back sets with the likes of Beyer, Carola, Tenaglia, Dave Clarke, Dubfire, Jamie Jones and Carl Cox, coast-to-coast US tours, Boiler Room with Richie Hawtin and a sold out, 12-hour marathon show in the 7000 capacity Metropolis club of his hometown. This concept eventually led to his own event brand called 100% JC. It sees venues, such as Paradiso (Amsterdam), Trade (Miami) and many more, transformed into Joseph's idea of the perfect party, with him playing all night long. Perhaps the most concrete expression a DJ can make, though, is with a commercially-released mix CD, especially for Fabric (London). Capriati mixed their 80th edition in 2015, to universal acclaim from critics and fans. As a highly versatile entertainer who feels the power of every beat, there's no surprise Capriati has excelled with such a complete, 360° vision.

Since his production debut in 2007, Capriati has collaborated with, recorded for and remixed many of the biggest names in the business; labels like Hawtin's now-defunct Plus 8, Chris Liebing's CLR and Drumcode, and artists like Cari Lekebusch and Joey Beltram. His debut album 'Save My Soul' came out via Analytic Trail back in 2010 and showcased an artist confident exploring the more introspective and delicate corners of techno. His second album, 'Self-Portrait', found its home on Drumcode and stood out through a refined musicianship, one that often favoured subtle details over outright functionality. It was most evident on tracks like the ambient and breaks-influenced opener ‘Electrolytic’, or the melodic hit ‘Fratello’.


It wasn't without hard-hitters though; tracks like ‘Awake’ are often the go-to for Capriati and his peers when a peak-time crowd need something bold and with extra energy. Accompanying the album was a documentary called 'Autoritratto', which gave Capriati fans a deeper insight into the personality behind the music and brought the whole project to a new level.

Rubbing shoulders with many of techno's most skilled producers, and never one to rest on his laurels, starting a label was a natural next step for Capriati. The same ear that has kept his selection so fresh and adventurous for all these years turns to the A&R task for REDIMENSION Records in 2016. Joseph is constantly road-testing his own and his friends' latest demos to find the perfect formula for a killer club record, and his and Beyer's joint release 'Parallels' is the ideal place to start. The new label is just one of many reasons why Capriati remains amongst the most in-demand, well-respected and exciting artists in dance music.