Useful Official Links About_ Sailor & I

Swedish singer, producer and multi-instrumentalist Alexander Sjödin doesn’t fit most of the archetypes associated with electronic music. Under the moniker Sailor & I he mines a territory that brings to mind the melancholic, ambitious and richly orchestrated songwriting of Sigur Ros or Bon Iver, as much as the deep Balearic techno class of DJ-producers such as Solomun and Dixon.

And yet it’ s all done in such a way that you’ reliable to hear his music crop up in the sets of unashamed populists like Pete Tong and Eric Prydz. He is that rare creature, a serious, boundary-pushing producer who has the common touch.

He first caused an A&R storm on Soundcloud in 2012 with ‘Tough Love’ , a string-swathed ballad that would later get a full release on Black Butter, the London label that discovered, Jessie Ware, Rudimental, Clean  Bandit and Gorgon City. Sailor & I’s reputation has been growing steadily since, with the Âme mix of ‘Turn Around’on the respected Italian label Life and Death sealing his reputation. 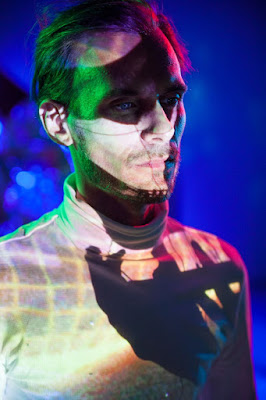 Encompassing electronic dance and pop, Sjödin’ s forthcoming album showcases both his dancefloor credentials and his flair for a memorable hook. Amongst the stand out tracks  'Flickering Lights' mingles a gradually building deep house pulse with widescreen atmospherics and grand sweeps of synthesized melody whilst the haunted pop of 'Fire on the Moon' contains  something of Trentemøller's doomed orchestral techno
majesty.

The duality of his moniker Sailor & I, is intended to represent the two wills competing inside Sjödin – reason and drive, ego and id.  As it is for many people, music has always been a release, from Sjödin’s discovery of Beastie Boys and Kiss to a Road-to-Damascus moment when he was lit up by an orchestral performance on television as a boy.

Nowadays he enjoys everything from hip hop to hard rock, from the jazz of Bill Evans, Chet Baker, and Miles Davis to caustic punk rock. Indeed, as the b-side to last year’ s elegiac ‘Sweat’ single, released on his own The Invention of Loneliness label, Sjödin did a startling, plaintive cover of Joy Division’ s ‘ Disorder’. His dance floor credentials belaying a singer songwriters background, and a penchant for indie and rock. 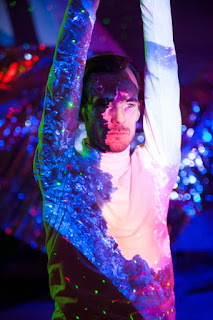 “This started as an indie band project, but now I’ ve built a profile as an electronic act. In the future, though, it could go anywhere. ” Alexander Sjödin concludes. To date Sjödin has played shows from Japan to Bukarest, Moscow to Ibiza, London to Paris.


“The important thing is for me to be able to spend my time making music and delivering it to people. Until I know I’m playing 100 shows next year, I won’ t be happy.”