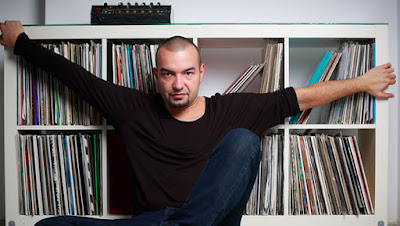 Thus, KiNK’s live sets hold the key to understanding how he creates unparalleled enthusiasm on stage and through his studio output. By now, a guy with a laptop has become the most common sight in a club.

Yet the visual discrepancy between the dynamics of sound and the statics of a mouse click has driven most ambitious live acts to sideshow tricks: visuals, LED screens, compensatory dancing – smoke and mirrors.

By contrast, KiNK’s live sets simply take the hood off - strictly in terms of sound. A small set up of machines and controllers is all there is, but every knob turned produces an audible result. Often he will pass a machine to the audience and incorporate their input in real time. This happens at mind-boggling speed.