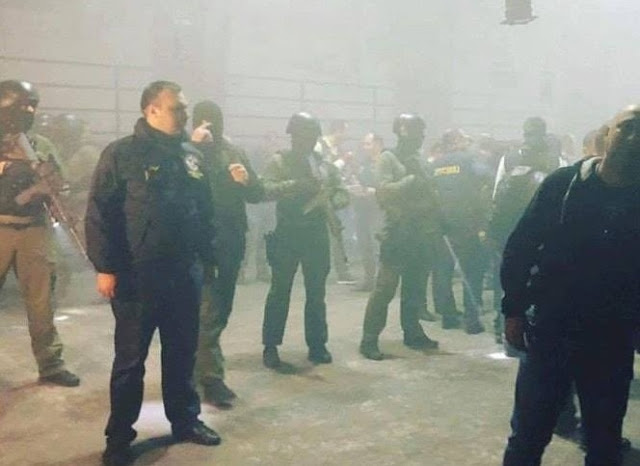 The Georgian police have raided clubs BASSIANI and CAFE-GALLERY under the pretense of action against drug crime and arrested amongst others founders of Bassiani, Zviad Gelbakhiani and Tato Getia.

"Government of Georgia raided night clubs in Tbilisi with special forces, beat up peaceful demonstrators and arrested club owners who were there merely to express support," reads the statement. "According to an official version of the government, they were aiming at arresting drug dealers, but it's a false accusation.

The club industry representatives spread a preventive statement about the possible threats few days ago. Everyone believed that the state would be reasonable and that we would not have to face such a shameful event. There is no doubt that the state is waging a war against the only sphere of the culture of the independent Georgia, which is not only internationally acclaimed, but holds the leading position on the international scene due to its social values.

With this shameful act, the government of Georgia declared a war against all the ideas and values, that unites thousands of people in Tbilisi clubs. These clubs are not only a place of entertainment, but the important and bright spots of free expression, development and social changes!"