Destino Ibiza to open its doors to a new season with a very special event: COCOON DAYTIME with the following incredible line up: Sven Väth, Adriatique, Dana Ruh and Dorian Paic 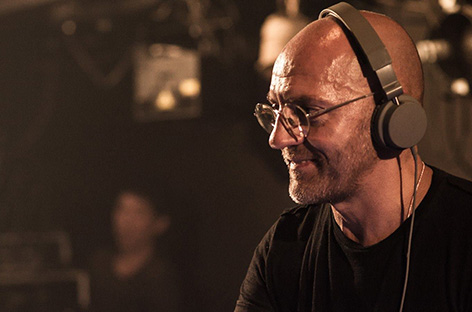 Destino Ibiza to open its doors to a new season with a very special event: COCOON DAYTIME with the following incredible line up:
Sven Väth, Adriatique, Dana Ruh and Dorian Paic

Having redefined daytime clubbing on the White Isle; Day to Night dancing that perfectly mixes luxury and decadence with a strong musical heritage, Destino Ibiza announces its 2018 Grand Opening event on June 1st with a Cocoon daytime party.

The beautifully designed open-air venue and hotel offers stunning panoramic views of the Mediterranean Sea, Dalt Vila and the island of Formentera from its cliff top position in the Cap Martinet area.
The Pacha owned resort, known for its special appearances and extravagant events can announce that its June 1st soiree will be starring by Cocoon. The endless of the enthusiasm of one of the most famous parties will do doubt set the tone for the upcoming season as well as the much anticipated new chapter for Cocoon Ibiza as it brings its iconic party to Pacha. 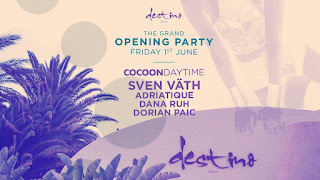 Sven Väth will headlined this Grand Opening and promises an uncompromising soundtrack and exquisite selection of vinyl he will share the opening celebrations with Adrian Shala and Adrian Schweizer, this Swiss duo best known in the electronic music scene as Adriatique, Berlin’s own Dana Ruh as well as firm Cocoon favorite and seasoned selector Dorian Paic.

Destino’s outdoor flair, and powerful stage production is rooted in traditional Pacha philosophy. Fitting with the groups visionary changes the venue can also announce it has re-designed its layout with increased bar areas and a more intimate, inviting setting immediately surrounding the DJ booth. Destino Ibiza brings you closer to the sun and closer to the action.