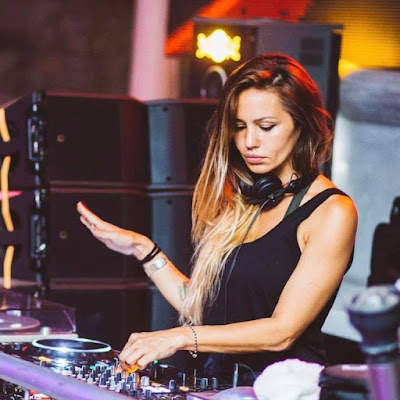 Born under the shade of the sails of Scampia, difficult neighborhood at the periphery of Naples. Born in 1980, she embarked on a career in the music world working very hard  , starting as a waitress in many clubs and then as a dancer for several years.

Came back soon to live in her hometown, Naples, she met Giuseppe Cennamo, DJ and producer from Naples (Desolat - Sci + Tech - 8bit - Carillon), who led Deborah to work on her knowledge into new music genres and trends, giving shape to a charisma that immediately has worked hard with productions signed by her as Sola_mente Records label founded in March 2013 , which today relies on collaborators such as Dj Simi and Giorgio Rusconi.

Her tracks also found positive results in well-known names in the world of DJing, as Magda , Dj Ralf, Someone Else and Layo & Buswaka. Her music in a few years, became  a high quality brand, a good fusion of hard techno and minimal sounds without ever being common . All of this is synonymous with passion and strong personality.