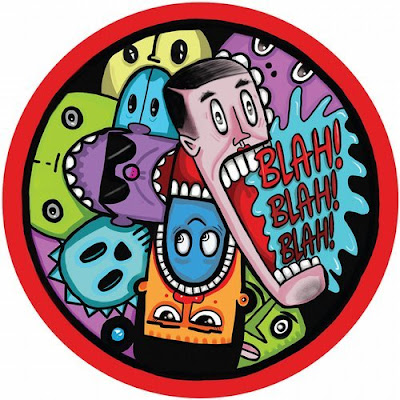 Producer and vocalist Kevin Knapp delivers his killer new single Blah Blah Blah, returning to the Hot Creations fold after last years vocal feature on Jamie Jones’ Positive Pressure. Here, Jamie returns the favour, partnering with another label favourite, Detlef, to supply a monster of a remix.
Finding time in his hectic schedule of touring the world, running various record labels and his Paradise parties, Jamie Jones teams up with one of his Paradise residents Detlef to deliver an audacious remix, perfect for the twilight hours. Hardy percussion, acid blips and pulses meld together to form a bolshy, no-frills remix. Greek artist Detlef shot into the limelight in recent years with releases and remixes on labels like Hot Creations, Relief, Knee Deep In Sound, Moon Harbour, and Defected.
Kevin Knapp gained attention with a string collaborations with Audiojack (Gruuv, 2012), Matt Tolfrey (Leftroom, 2012) and his debut Hot Creations cut with Richy Ahmed (2013). A prolific producer and featured vocalist since 2011, Kevin has released on the likes of Hottrax, Crosstown Rebels, Dirtybird, Mother Recordings and more.
TRACK LISTING
A. Blah Blah Blah