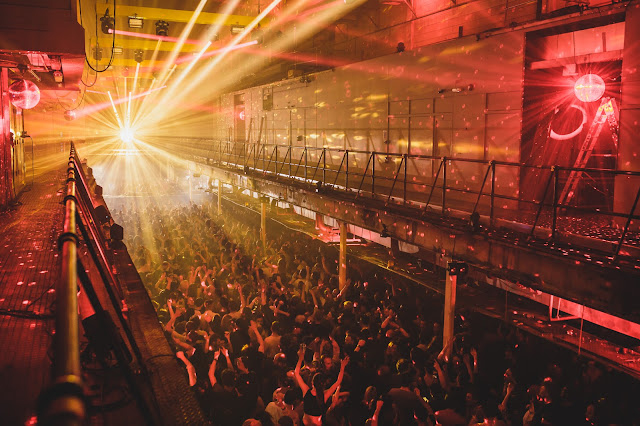 2018 will see a new series of electronic events at Printworks. Issue 003 will be programmed and produced by Broadwick Live, which has had a key role in the venue since its inception. The sound, light and interior have all been upgraded for Printworks' next chapter.


Launching Issue 003 and marking the new season in the printing press’ history, UK curators The Hydra will present the opening party on Saturday 3rd March. Synonymous with global electronic music, The Hydra will bring Kerri Chandler, John Talabot, Job Jobse and more to the inaugural event. 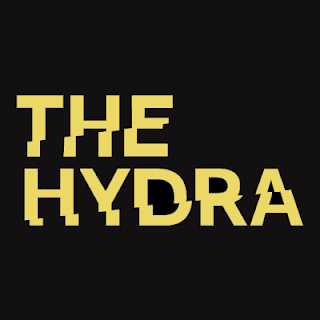 
Heading up the proceedings is the one and only Kerri Chandler: New Jersey house music king, MadTech label boss, virtuoso keys player, and a DJ whose skill and selections are second to none. Offering a contemporary take on house and tech is Hivern Discs' John Talabot, who has provided some of the biggest underground tunes in recent years, both solo and with Axel Boman as Talaboman.

ISSUE 003 OPENING - THE HYDRA from Broadwick Live on Vimeo.

Key Amsterdam figure and De School resident Job Jobse also lines-up, as do peerless disco duo Tiger & Woods (Live), the Running Back pair whose magical melodies leave you in awe. Add in synth-loving guitar players Red Axes from Israel, with releases on labels including Dark Entries and Life And Death, and you have a broad and brilliant selection of DJs covering many different sounds in style. 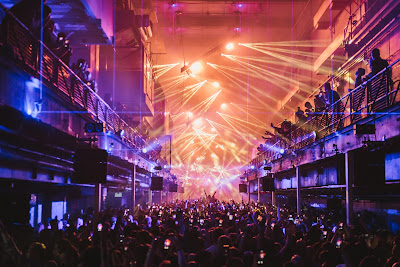 The Charge Bay room, meanwhile, sees a very special set from Scandi-disco king Lindstrøm bringing his live show, set to be a mesmeric trip to the edge of the cosmos with real musicality and emotive grooves. Fellow Norwegian scene leader Prins Thomas adds to the line up. The album specialist is joined by Julio Victoria and Taraval, who are regulars on Four Tet’s essential Text label.

After being awarded Club Of The Year with DJ Mag and Mixmag, Broadwick Live plans to build on Printworks' incredible first year with a commitment to showcasing some of the world's biggest electronic artists and parties, and enhanced sound and light. By combining forward-thinking music policies with a brutally modern and unique location, Broadwick Live is on a path to create the world's most iconic music and arts destination.


Bradley Thompson, MD of Broadwick Live says: "Since the opening of Printworks in 2017, Broadwick Live has been passionate about the space and creating incomparable experiences. We cannot wait to build on last year's foundations with world class talent and production at the heart of everything we do."

Printworks will continue to develop the audio visual experience they have become famous for, working closely alongside award-winning production company dbnAudile. 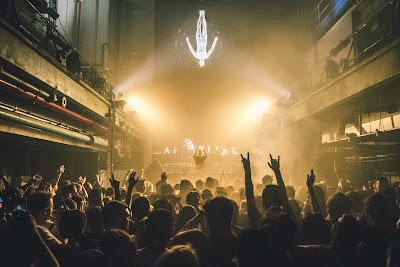 Using some of the newest technology on the market, the previoussoundsystem will be upgraded and expanded to D&B Audiotechnik J and V series PA with V-SUB and J-INFRA, including enhanced audio on the balcony level. Lighting in the electronic space has been redesigned, maintaining the creative freedom that came with Kinesys motors. Additionally, there has been video panel installation throughout, an improved selection of LED fixtures and moving lights from Clay Paky, Robe, Martin and more, and a refreshed set of lasers, newly designed and installed by Dragonfly Lighting. This development promises to take the already breathtaking visual experience which Printworks is acclaimed for to its next level.

dbnAudile founders Rob Ashworth and Rob Leach say: “dbnAudile is excited to further strengthen the creative partnership with Broadwick Live in its development of this iconic building as a venue, with industry-leading creative technical delivery, helping to cement Printworks' reputation as London’s leading creative electronic and live music destination." 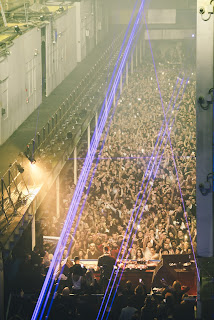 The Hydra's early ascent saw their reputation spread with their ability to locate and transform obscure settings into fully functioning event spaces, from Catholic churches to dilapidated warehouses, to a decommissioned WWII Naval Frigate. Each space has all played a part in The Hydra’s formative years. Their departure from Studio Spaces marks a bigger-picture approach to curating and producing a series of the very best of underground music inside the iconic Printworks.

Ajay Jayaram and Dolan Bergin, founders of The Hydra say: “Having access to Printworks is an absolute privilege and has allowed us to scale things up in a way that had hitherto rarely been seen for a lot of the music and artists where our main focus lies. The aim is to continue to evolve what we are able to do in tandem with developments at the venue itself - the whole team behind it share our appetite for adventure and that inspires us to keep pushing and to collectively provide new experiences for all that enter Printworks."

for PRoviding us useful material & info.