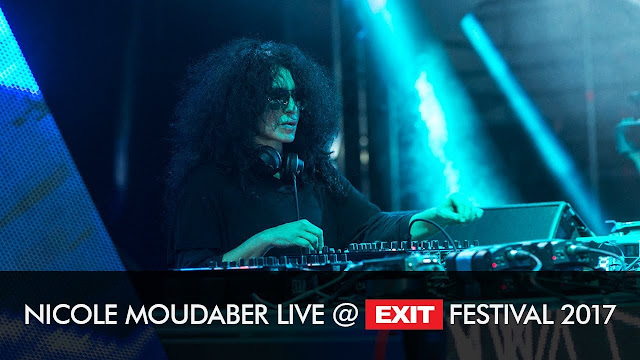 Nicole Moudaber at mts Exit Dance Arena Full Show!
Nicole Moudaber is an event promoter, record label founder, radio host, and one of the most passionately followed DJ/producers in the world. The one-woman army is marching her muscular take on techno all over the globe, winning fans not only with her music, but her way of being, that’s at once uncensored, inclusive, and fierce.

A true global citizen, Moudaber resides in London and Ibiza, with frequent stopovers in New York and Los Angeles. She supports NYC’s Lower Eastside Girls Club, which helps disadvantaged young women access the tools they need to pursue their passion for music.
EXIT is an award-winning summer music festival which is held at the Petrovaradin Fortress in the city of Novi Sad, Serbia. It was officially proclaimed as the 'Best Major European Festival' at the EU Festival Awards, which were held in Groningen in January 2014, while its sea edition Sea Dance festival won the "Best Mid-Sized European Festival" Award in 2015. The EU Festival Award is considered as one of the most prestigious festival awards in the world.