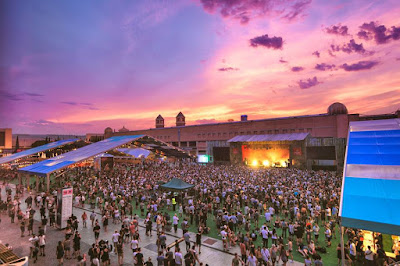 Sónar Festival has revealed the first names for 25th anniversary .

The Barcelona's festival is Taking place from June 14 to 16. Some of the names that will join festivals's  25th years anniversary edition are Gorillaz, LCD Soundsystem, Diplo, Richie Hawtin CLOSE, Bonobo and Laurent Garnier and more.

Here is the Festival's official announcement:

The festival announces the first names of its musical program, which includes: Helena Hauff, Black Coffee, Ólafur Arnalds, Bicep, Lorenzo Senni, Wiley, Kode9, Mueveloreina and the Barcelona Symphony Orchestra playing the work of Terry Riley "IN C". Sonar Barcelona will take place on the 14th, 15th and 16th of June, 2018.

Watch the  Sónar 2018 teaser and first names below.