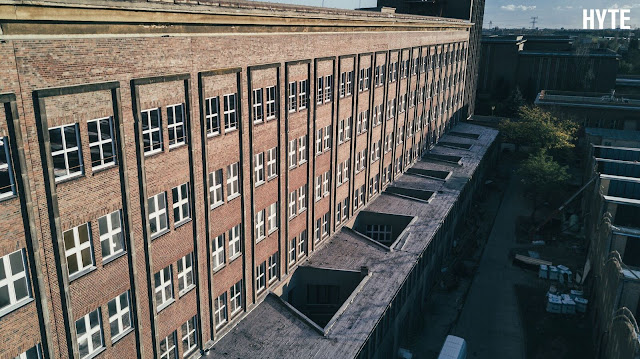 HYTE NYE Berlin 2017 is set to be the biggest electronic music event in Europe on New Year’s Eve. Due to the exceptional demand on tickets, the huge 24 hour rave at Funkhaus in Berlin will now be spread across not just two but three rooms. The massive event is all close to selling out soon!

The newly announced third room will feature some of the best local Berlin talent as well as artists close to the brand, including none other than HYTE regular Tobi Neumann, Watergate resident Cinthie, Berlin house ambassadors Brame & Hamo, Club der Visionäre resident Topper plus two more acts from Amsterdam, namely Slapfunk Rec. artist Julian Alexander and Spokenn, a new duo consisting of the Ferro and Reiss, residents at Shelter and VBX. 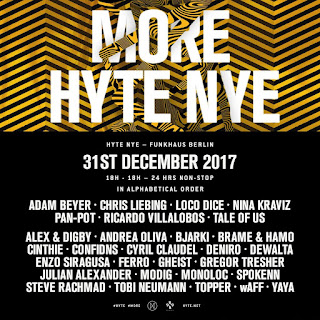 With the likes of Adam Beyer, Chris Liebing, Loco Dice, Nina Kraviz, Pan-Pot, Ricardo Villalobos and Tale Of Us headlining, this is shaping up to be one of these very special colossal events that no one ever will forget. The very special venue make its own contribution to this status: Funkhaus is even by Berlin standards absolutely outstanding. The former GDR radio station building contains a huge industrial warehouse and some 50’s ballrooms that never have seen an event of this kind before.
Culinary delights will be provided at HYTE NYE Berlin 2017, too: Zola, one of the most popular pizza restaurants of Berlin, is opening a branch at Funkhaus. They are famous for their their tasty treats coming out of an original Napolitan wood-fired stone oven. Additionally, several food trucks will be on-site, serving a wide range of high quality yummy yummy eats during the whole event, including plenty of vegetarian and vegan options.
HYTE announced lately that the event is going to be sold out very soon. It is interesting to mention, that 35% of all sold tickets were sold in Germany only. That means 65% of all visitors are coming from all over the world, including all European countries, but also Australia, USA, Canada, Brazil, Egypt, Argentina, Canada, Japan, New Zealand, United Arab Emirates, Israel, Lebanon, South Africa, Colombia, Mexico, Tunisia and even Qatar, Nigeria, Iceland and many others!