Home » jamie jones » Updates » Influencing the electronic landscape since 2010, Hot Creations has gained notoriety through pioneering a new and unique sound~Kooky Chords is a dance floor bomb, with melodic breakdowns sure to set any dancefloor on fire

Influencing the electronic landscape since 2010, Hot Creations has gained notoriety through pioneering a new and unique sound~Kooky Chords is a dance floor bomb, with melodic breakdowns sure to set any dancefloor on fire 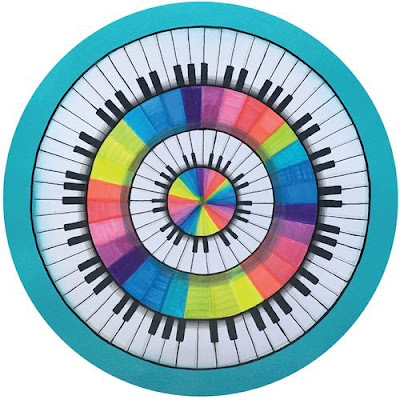 Influencing the electronic landscape since 2010, Hot Creations has gained notoriety through pioneering a new and unique sound. Also recognised for tirelessly pushing boundaries of house, techno and disco across it’s ever growing and innovative catalogue. One hundred releases later, the label is stronger than ever, celebrating with a mammoth EP from co-founder Jamie Jones.
An ultimate summer jam with elevating synth lines, Sound of Music is a cover version, originally released by Nookie and features chart topping artist Katy B on vocals. Kooky Chords is a dance floor bomb, with melodic breakdowns sure to set any dancefloor on fire. Next, Positive Pressure features label favourite Kevin Knapp, deep and gritty, the bassline swings with spacey layers. Last up, Parallel Universe is a deeply infectious chugger with vocal cuts.
“I'm so honoured to be releasing the 100th record on Hot Creations. It’s been an incredible journey to reach this point and I can't wait for the next 100. As I opened up with the first release on the label, I thought why not start the next 100 on the same foot.” - Jamie Jones

Co-founded with Lee Foss, Hot Creations was the start of an empire, which went on to include sister labels HOT TRAX and Emerald City. Jamie also runs Paradise at DC10 in Ibiza, standing today as one of the most popular nights on the island, it enjoys a close connection to the label.
Remaining at the forefront of the dance world, Hot Creations continues to break new talent and play host to well established producers. Releases have come from artists such as Patrick Topping, Richy Ahmed, Route 94, wAFF and Roisin Murphy amongst many others including pop group Hot Natured. Critically acclaimed albums by Miguel Campbell, Digitaria, Popof and Phil Kieran have all been highlights on the label. Reaching this impressive milestone, it seems only right that Jamie Jones is the one to deliver the 100th release.
TRACK LISTING
A1. Jamie Jones vs Nookie feat. Katy B - Sound Of Music
A2. Jamie Jones - Kooky Chords