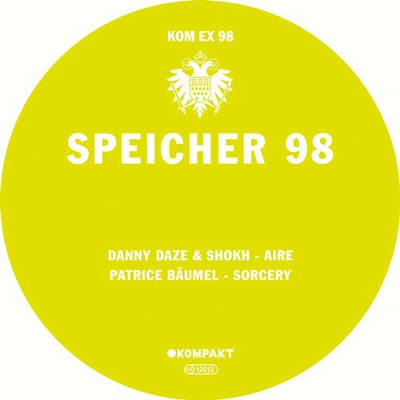 Available Now: KompaktRecords.lnk.to/Speicher98SD
@dannydaze returns to KOMPAKT EXTRA / SPEICHER with one of the most intense and gratifying tracks we have had the pleasure to hear this year. The Miami native's relentless passion for underground '90s electro and techno resounds in "Aire". A collaboration with up and comer SHOKH - a name you may recognise from DANNY DAZE's imprint OMNIDISC. For those that like their techno dark and dirty.
The rise of @patrice-baumel since last's years now ironically titled "Surge" (KOMEX89) has been steady for good reason - positivity, passion and a lot of hard work. With his days as a resident of TROUW well behind him and now a key member of the KOMPAKT family, he has had what one would call a breakthrough year. There's that remix of CUBICOLOR that was nearly impossible to avoid. Then there's been a steady stream of remixes for SASHA & POLIÇA, MAX COOPER, DAMIAN LAZARUS and DEPECHE MODE. Oh yeah, he's also become a part of the AFTERLIFE crew and put out an EP called "Glutes". Welcome to "Sorcery" - a catch and release techno roller that ripens with a fundamental percussion lead.