Out of London / UK comes the latest addition to the Upon.You Records roster – Third Son. A young producer who has not only launched his ow imprint Polymath recently but also appeared on labels like Cajual, Materialism, Sincopat and quite a few more since he appeared on the production circuit in 2014. Being a hot kid on the scene we're proud to present his newest musical outing, a three tracker going by the name of „Black Hole EP“. 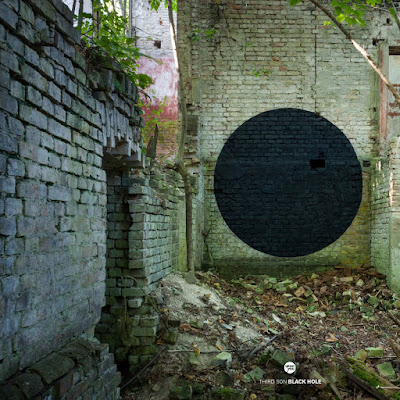 His „Black Hole Escape Mechanism“ does not only defy the logic of physics but caters as a blueprint for masterly crafted build-ups when it comes to dark'ish, minimalistic space music for advanced dancefloors, combining a well stripped down approach with symphonic synths that live and breathe timeless retrofuturism for reals. If Bladerunner was shot today, this track would be a part of the score fro a reason.

With „Mod Source“ we see Third Son sticking to a space-related theme, exploring a sparse, yet spiralling TechHouse universe whilst adding scattered layers of partly Jazz-influenced percussive wizzardry and a fragile, most beautiful vintage synth breakdown before a simple, super effective bassline brings in quite a bit of extra punch for dancefloors in need.

Finally „Ardour“ takes us up a more muscular alley on which Third Son's trademark minimalism meets sharp hi-hats, a busy, ever climaxing main motif and loads of detailed, shifting modulation works whilst more epic retrofuturism is turning to the off-kilter side of things, creating a fascinating, slightly detuned acoustic effect for true worshipppers of the ever pounding 4x4.